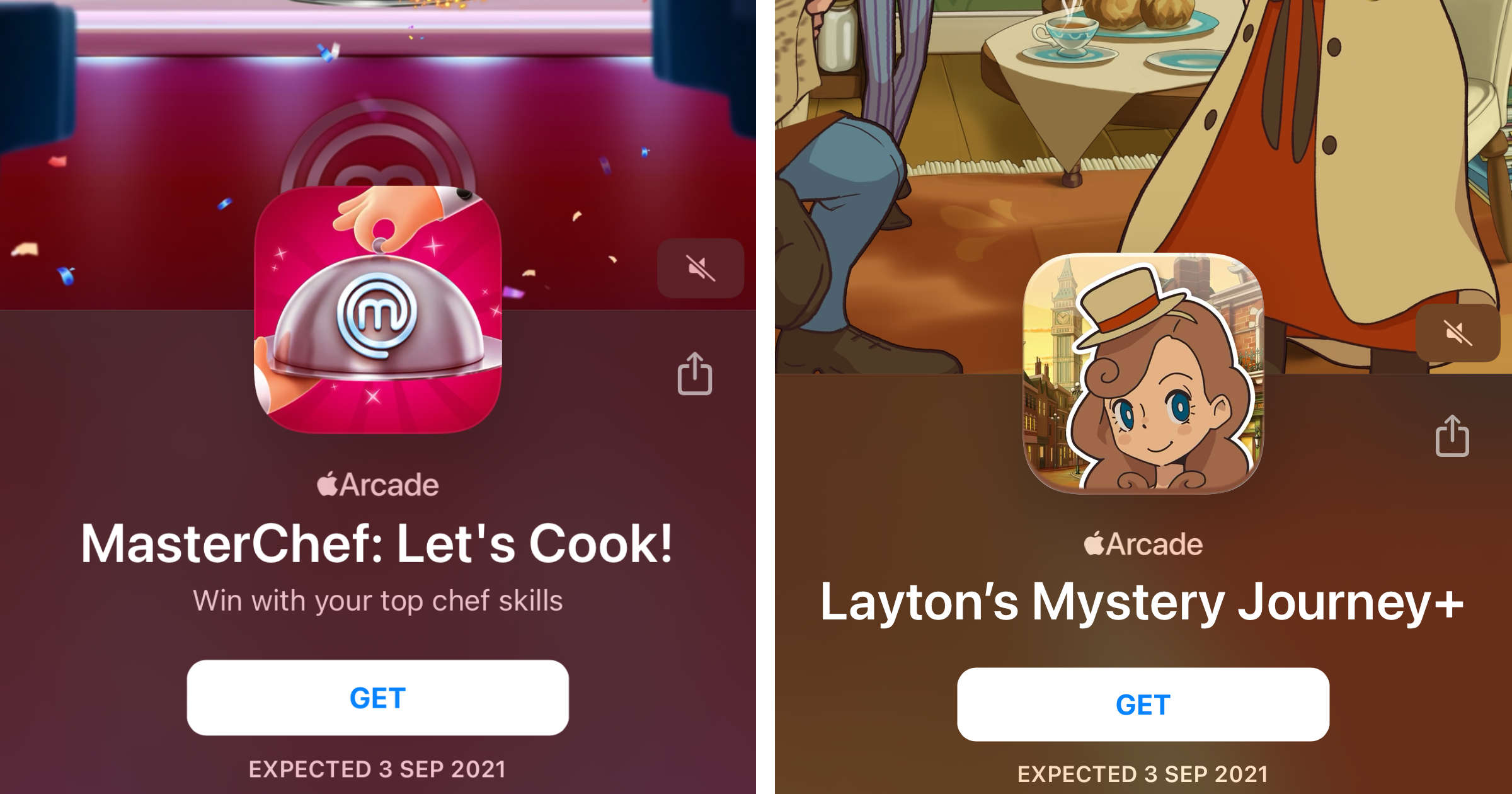 ‘Masterchef: Let’s Cook!’ and ‘Layton’s Mystery Journey+’ are both expected to become available to Apple Arcade subscribers from Friday, September 3. They will join the over 180 games already available on the platform.

‘Masterchef: Let’s Cook!’ allows players to compete around the world in mini-games, preparing meals and being assessed by the judges. It will be available across iPhone, iPad, Mac, and Apple TV.

‘Layton’s Mystery Journey’ is the tenth-anniversary installment of the adventure series. It will be available on iPhone and iPad.

If these sound appealing, head into the Apple Arcade section on the App Store > scroll down to the ‘Coming Soon’ section > scroll horizontally until you see the game that attracts your interest > tap ‘Get’. You will then be informed when it becomes available.