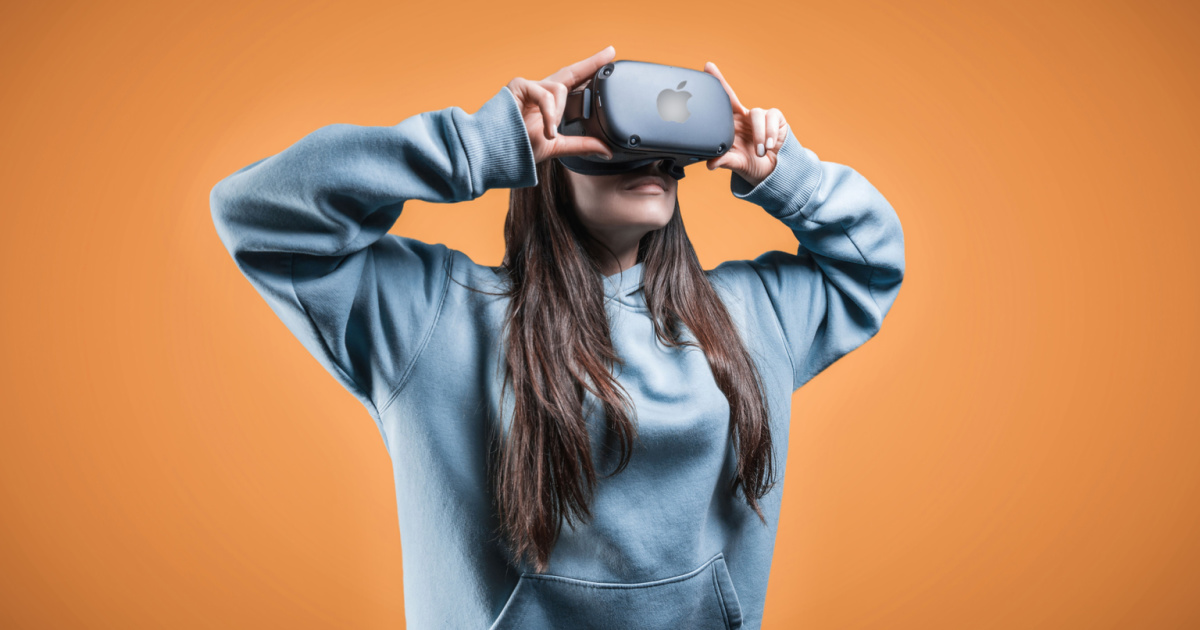 More details have emerged about Apple’s entry into the world of VR. According to some leaks, the upcoming Apple mixed reality headset might depend on AirPods for a full audio experience.

The latest H2 chip, currently found only in the most recent model of the AirPods Pro, apparently has a hidden low-latency mode. This would allow the earbuds to transmit audio to and from another device while keeping synchronized with video.

Apple, according to the most recent technical details posted by The Information (via 9to5Mac), will prove quite useful for the mixed reality headset. While the headset will incorporate its own speakers, there are privacy concerns.

As with Meta’s Quest 2 VR headset, anybody around you can hear the speakers. For privacy reasons, Apple might require using paired AirPods for communication between users. This way, you don’t have to worry about others eavesdropping on both sides of your conversation.

The trouble would be lag between your speech and the mouth movements of your mixed reality avatar. Bluetooth is notoriously bad for this, but the H2 chip’s low-latency transmission mode could be the cure.

Rounding Up More Rumors About the Apple Mixed Reality Headset

In its latest roundup, The Information also reiterated some of its previously reported technical details about the rumored headset.

The publication still believes the Apple mixed reality headset will include a 4K micro-LED display for each eye, for example.

Small motors within the headset could shift the lenses. This could let you fine-tune the displays much more precisely than current headsets require. With the Quest 2, for example, you have to remove the headset and physically move the displays to adjust for blurriness.

Reportedly, the headset will also feature an outward-facing screen showing the user’s facial expressions to others. There could be as many as a dozen cameras and other sensors integrated, all driven by Apple’s M2 chip.

All of those advanced displays, cameras and sensors need power. That could mean a battery much larger (and heavier) than current headsets use. Since this would make the headset heavy and cumbersome, Apple may have to use an external battery pack.

According to The Information, a 2022 design utilizes a waist-mounted battery pack. The Cupertino-based company did test an internal battery in the headset, but engineers weren’t happy with it.

So, even though the design was controversial because of Apple’s preference for cable-free designs, it might be a necessity. Reports suggest the battery cable attaches to the headset magnetically and will last for up to two hours on a single charge.

What could this all cost, you may be asking. Previous beliefs still prevail, with The Information placing estimates in the $3,000 range. For those of you thinking that’s a lot to spend for mixed reality gaming, that’s not really what Apple seems to have in mind.

According to people supposedly in the know, the first Apple mixed reality headset will push “videoconferencing as a potential killer app,” featuring virtual conversations between digital avatars.

We’re still expecting Apple to begin mass production on its mixed reality headset in early 2023. Preorders could begin as soon as March 2023. Of course, Apple’s still silent and will likely remain so until a week or two before the launch event.