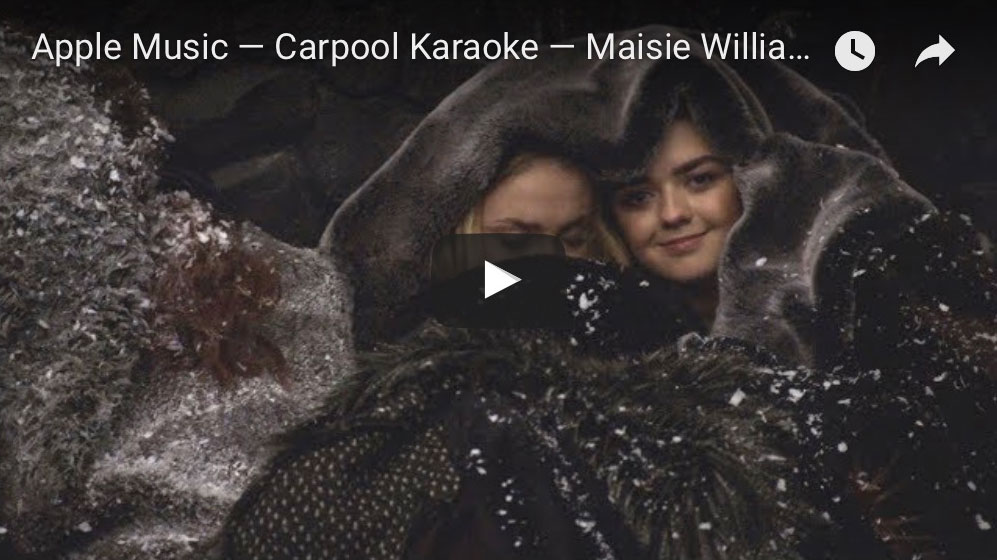 Playing up their roles in their popular show, Maisie Williams and Sophie Turner do a cameo in a Game of Thrones attraction.

Ariana Grande and Seth McFarlane explore their love of show tunes, as well as Mr. McFarlane’s past with a french horn.


Carpool Karaoke The Series got off to a shaky start with the first episode. At the very least, though, I imagine fans of these celebrities will enjoy the eps.