Apple seems to have tipped its hand and accidentally revealed the upcoming Retina MacBook Pro in Monday’s macOS Sierra 10.12.1 update. Photos showing the soon to be announced MacBook Pro with a touch sensitive OLED function strip were buried in the macOS update, which is about a close to a pre-event confirmation Apple will get. 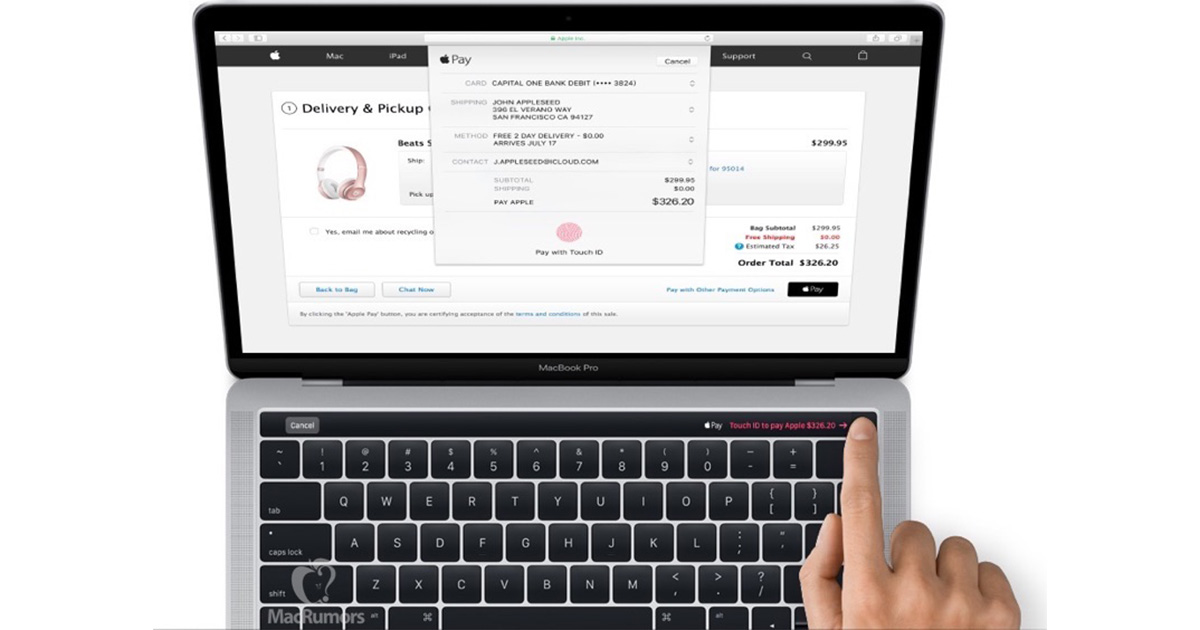 While the images aren’t a 100% guarantee of what Apple will announce come Thursday, they’re a pretty good indication of what to expect. Based on what we’re seeing now, the new MacBook Pro will include the touch sensitive Magic Toolbar that dynamically changes based on which app you’re currently using.

The new model will apparently include Touch ID support for Apple Pay, too, with a fingerprint sensor built into the Magic Toolbar strip. It looks like the new model will adopt the MacBook’s keyboard mechanism. The keyboard has been polarizing with some users loving it and others wishing it would die in a fire.

The most concerning part of the keyboard and Magic Toolbar image is the lack of an Escape key. That seems like a pretty critical key to drop, so hopefully it’ll be an always-available option on the Magic Toolbar.

It looks like the new models will have a thinner laptop bezel and slightly narrower body. Since the images are top down, the laptop sides with ports aren’t visible. Reports claim the new MacBook Pro will do away with the traditional USB and Thunderbolt 2 ports in favor of combination USB-C and Thunderbolt 3 ports.

Apple’s “hello again” media event is scheduled for 10AM pacific time on Thursday, October 27. Be sure to check in with The Mac Observer for our product announcement coverage and analysis.

I agree Rick. This isn’t like the iPhone where they need/want the space taken up by the 3.5 port.

My hope is that they don’t ditch the 3.5 mm headphone jack. I use my KRK studio headphones all the time with my MacBook pro.