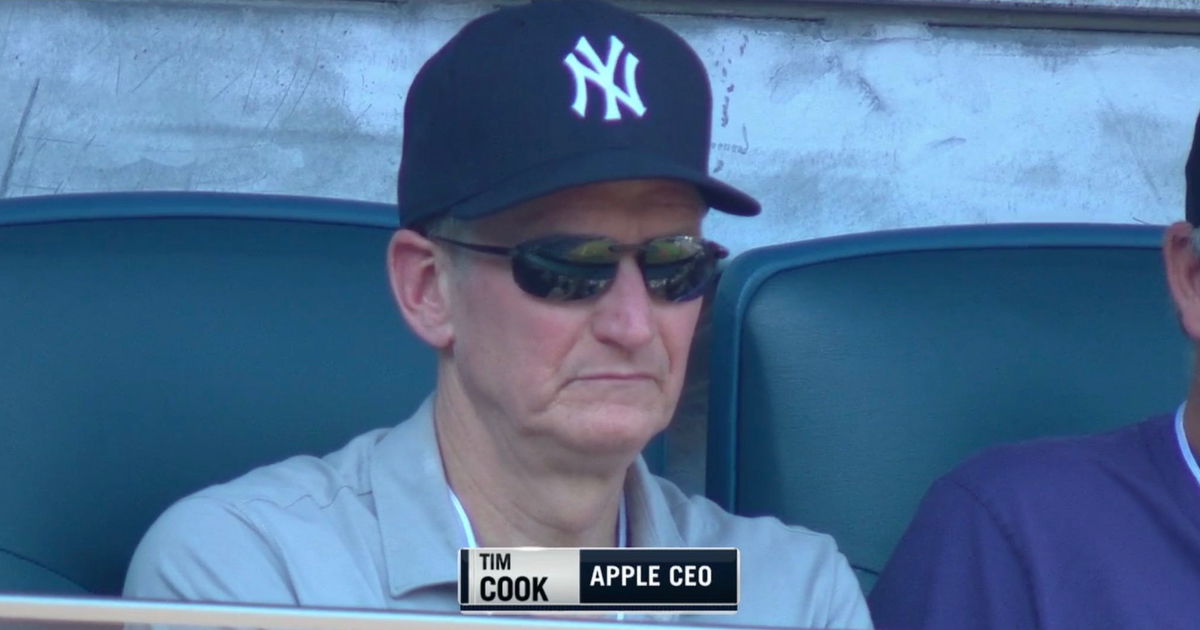 Having attended the reopening of the Apple Store Fifth Avenue, Tim Cook went to watch the New York Yankees play the Toronto Blue Jays Sunday. Despite hiding behind sunglasses and a cap he was spotted at the game.

Spotted at The Stadium

Mr. Cook was focussed on by the cameras. Well known tech blogger Om Malik shared the shot of him at the game on Twitter:

Hey @gruber look who is at @Yankees game today… pic.twitter.com/1mNsUJZnnw

Twitter user Jeff Grossman then tweeted that Eddy Cue, Apple senior vice president of internet software and services, was there too.

Eddy @cue is here too pic.twitter.com/qpdOKhhxtI

One Apple executive who was not there was Phil Schiller, Apple’s senior vice president of worldwide marketing. He sent a tweet teasing his boss that said: “I get him being at the game, but that cap?? It’s just not right!” That tweet has since been deleted…

We cannot ever be sure whether survey members are proverb how they really feel or replying in a way that appears socially acceptable. Maybe the 20-somethings plotted feared that they would seem crass if they registered money as their top effort priority, so they place pleasure first. Visit this site: https://www.sankipetro.com/product-category/tank-gauge-system/

Hey Phil, how about having the “courage” to keep your mouth shut about the Yankees. I guess it takes “courage” to talk about how much of a MESS that team in Boston is this year, hmm?