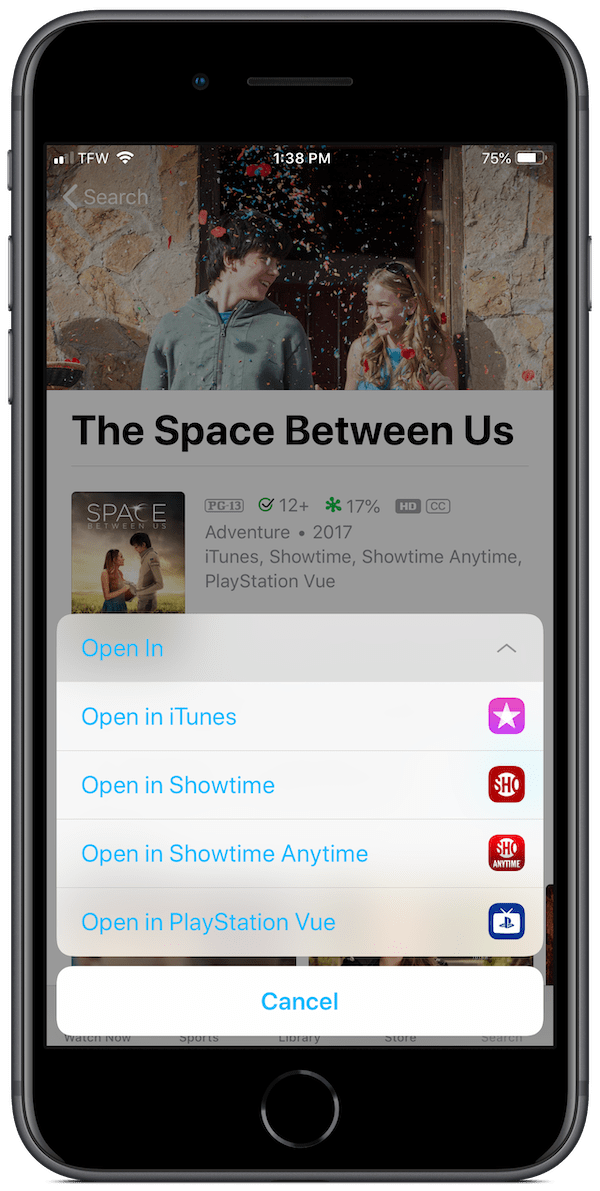 With PlayStation Vue on Apple TV, subscribers can sync on-demand movies and TV shows in Sony’s app to the TV app. Once you find relevant content, you can tap on Open In, and if PS Vue has the content you’ll see the option to Open in PlayStation Vue.

If you’re a subscriber and you have the PS Vue app installed, you can add Vue-compatible movies, TV shows, and live sports to your Up Next list.

[Apple TV: How to Toggle In and Out of a Movie’s Letterbox Mode]