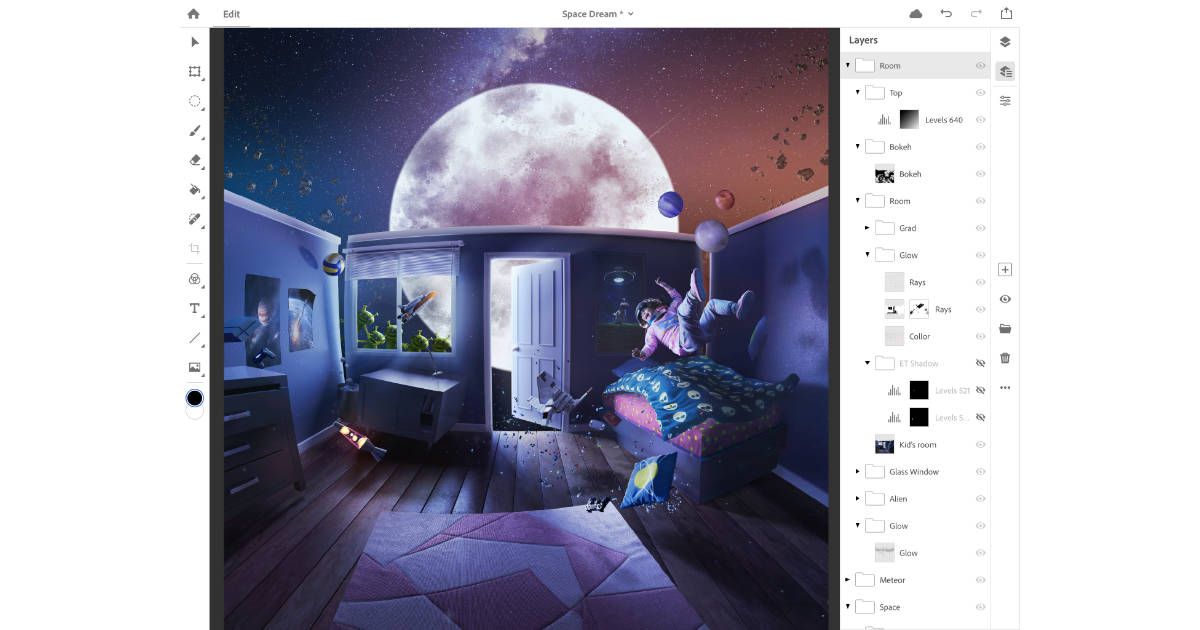 Adobe is bringing Photoshop CC to the iPad in 2019. This isn’t a subset of Photoshop features with a touch interface; it’s a full-featured Photoshop with touch interface and Creative Cloud sync support so you can edit documents on your iPad or desktop computer.

Photoshop CC for iPad is being unveiled at the Adobe MAX conference in Los Angeles Monday morning. Version 1 will ship in 2019, but to hit that deadline it’ll ship with a subset of core features with more rolling out later. Adobe hasn’t said how long it’ll take to get Photoshop CC up to full feature parity with the desktop version.

Adobe says document edits will sync with Creative Cloud in real time so can jump between devices and keep working. Adobe demonstrated a pre-release version and the performance was impressive. Layers worked as you’d expect, masks were easy to make, and it felt like Photoshop on the desktop.

Photoshop CC for the iPad makes Apple’s tablet a first-class player in Adobe’s creative design ecosystem. It’s also interesting because it shows Photoshop can run on Apple’s custom-designed A-series processors. Assuming it runs well, that’ll address my big concern about rumors saying Apple is going to switch the Mac from Intel processors to its own chips: Getting Adobe on board with the change.

Photoshop CC on the iPad could be Adobe’s test before Apple’s move away from Intel. With Photoshop CC coming to the iPad in 2019, we could see Apple start a transition to custom processors in the Mac in 2020.