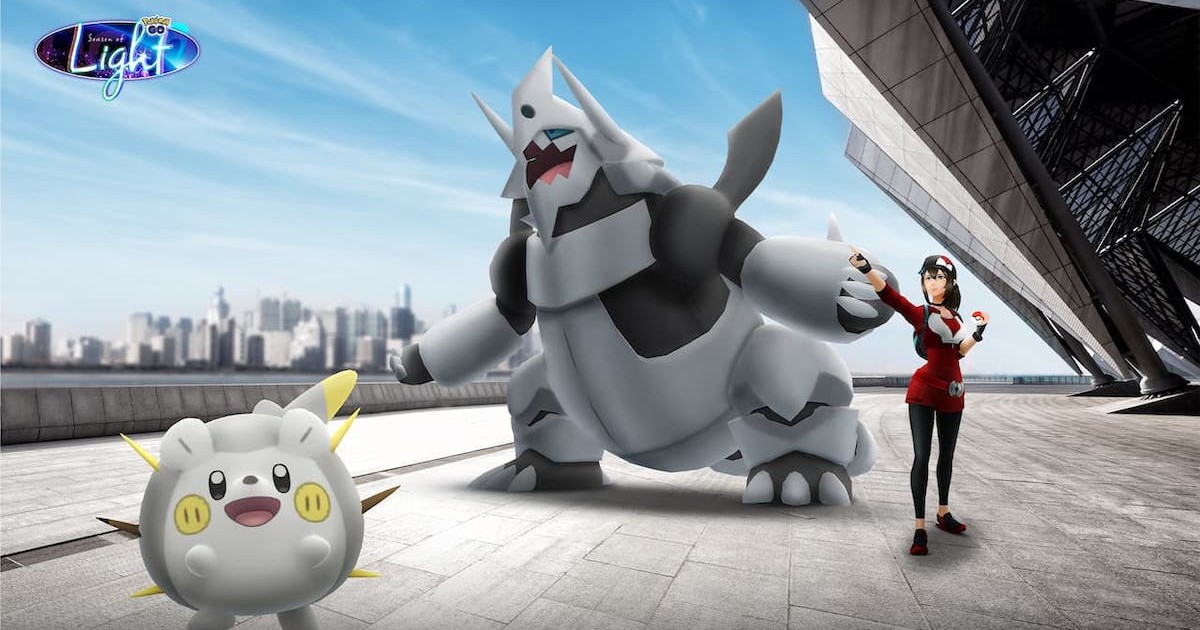 Trainers! It’s time for the Test Your Mettle event in Pokémon GO! While we missed a week due to the exciting launch of the iPhone 14, that doesn’t mean there still isn’t new events coming to Pokémon GO! This week, we’re going to take a look at next event and what comes with it.

In addition to new Ultra Beasts Celesteela and Kartana arriving to Pokémon GO, this Friday, Sept. 16 will introduce the Test Your Mettle event, which focuses on Steel-type Pokémon, including the introduction of Mega Aggron appearing in raids!

‘Test Your Mettle’ With the Latest Event in ‘Pokémon GO’!

Starting Friday, Sept. 16 at 10:00 a.m. local time, and ending Wednesday, Sept. 21 at 8:00 p.m. local time, the new event features new spawns, eggs and raids. This event also includes new research tasks as well as additional bonuses. Of course, with this event a part of the Season of Light, be sure to pay attention to bonuses involved with that event as well.

The bonuses for this event include:

Additionally, some users may have already noticed that Kartana and Celesteela are currently in raid battles. With Kartana in the Northern Hemisphere and Celesteela being in the Southern Hemisphere, the two are appearing in raids from Tuesday, Sept. 13, to Tuesday, Sept. 27. While it will certainly be tricking catching both (current wait times for Celesteela on Poké Genie involve 100,000 person lines) , but if you manage to get in the raid, be sure to bring plenty of fire types!

This event also includes the debut of Togedemaru, the Roly-Poly Pokémon! Currently, there is no shiny available in POGO for this Pokémon.

For spawns, the following Pokémon will appear more frequently in the wild (note that Pokémon capable of being shiny will have an asterisk by their name):

Concerning Eggs, the following Pokémon will hatch from 7 km Eggs:

In terms of raids, alongside the Ultra Beasts and Mega Aggron, we have:

Looking to Research Tasks, the Tasks for the Test Your Mettle event have not seen an announcement, but expect the following Pokémon and/or Mega Energy from tasks:

Additionally, there will also be Timed Research during the event. While there is currently no announcement as to what this will entail, expect a focus on Steel-types as well as the ability to earn Aggron Mega Energy and encounters with Togedemaru and Aron.

Whew! Okay, that’s a big event for sure! No doubt catching Celesteela and Kartana will likely be everyone’s top priority. Best of luck in catching both!

Are you looking forward to the Test You Mettle event in Pokémon GO? Let us know in the comments.