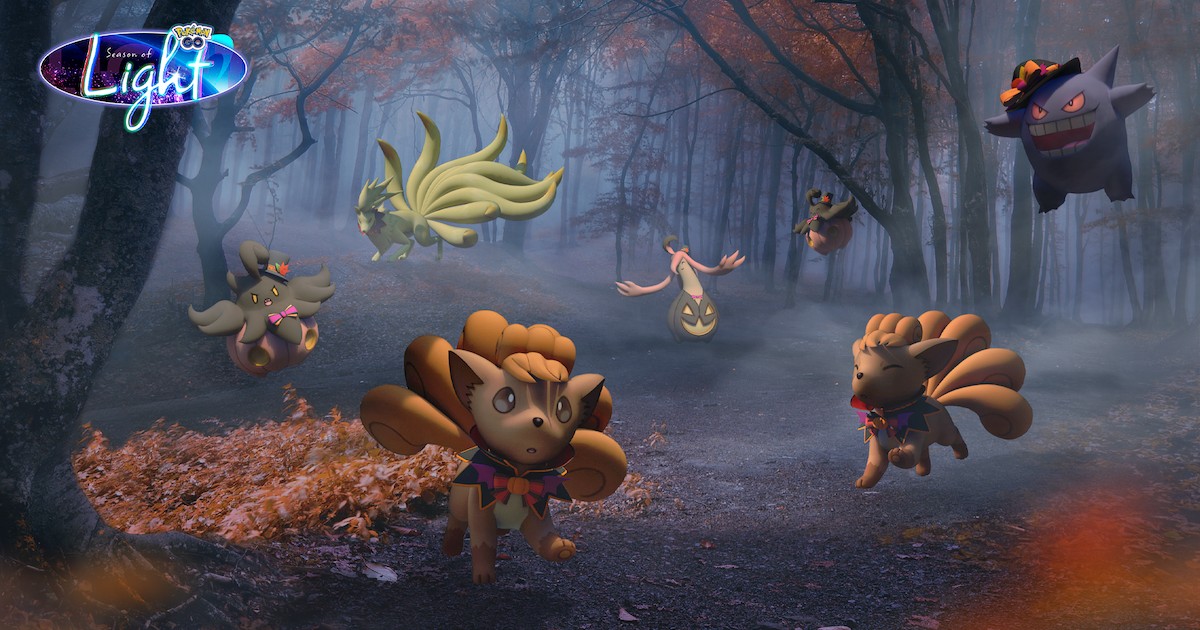 Part 2 of the event is currently taking place, and we’re taking a look at what you can expect from this event.

Pokémon GO has been celebrating Halloween throughout the week, and while the first half of the event is now over, this weekend is still a great time to go out and play. With that said, let’s take a look at what to expect during this event.

With great bonuses during the event, there’s also increased spawns, and more importantly, these spawns are in-costume. Prepping for the Halloween season, Trainers can expect both Vulpix and Pumpkaboo wearing “Spooky Festival” costumes to appear more frequently in the wild. In addition to both being able to evolve in-costume, there’s also a chance for them to be shiny.

Additionally, Gengar appearing in a Spooky Festival costume will also be arriving to raids.

Throughout this event, some new Pokémon will hatch from 7km eggs. This includes the chance for trainers to hatch shiny Noibat for the first time. Pokémon GO Live reports that Noibat will have a greater chance of being shiny from eggs than from wild encounters.

(Note: Asterisk denotes a chance for a shiny Pokémon.)

Origin Forme Giratina Returns to 5-Star Raids, other Raids and More for Halloween 2022

For those looking to Raid, Origin Forme Giratina* will be appearing in 5-Star Raids, and will know the Charged Attack Shadow Force. For Giratina, be sure to use plenty of Dragon or Dark types to defeat this Legendary Pokémon.

Note that Drifblim will also be in costume.

Lastly, this event features a wealth of other surprises, including two paid Timed Research, a Special Research, updates to certain Avatar Poses as well as new stickers and items available in the in-game shop.

Considering Giratina doesn’t come around too often, Trainers should be sure to snag a couple of them for their collection. Giratina can be useful as a Raid Counter, and the blue shiny looks great. Furthermore, the big get during this event will likely be the Shiny Noibat, as well as the new Shiny Pokémon in-costume. Considering there was a moment in time when Pokémon wearing a costume were not able to evolve, both Vulpix and Pumpkaboo being able to evolve is a nice surprise.

Be sure to take advantage of the 2x Candy during this event, as that can help pull some big numbers for Pokémon you’re looking to max. Remember that Trainers need to have a certain number of Pokémon reach max level as they journey to level fifty.

What are you looking forward to during the Pokémon GO Halloween Event? Let us know in the comments.