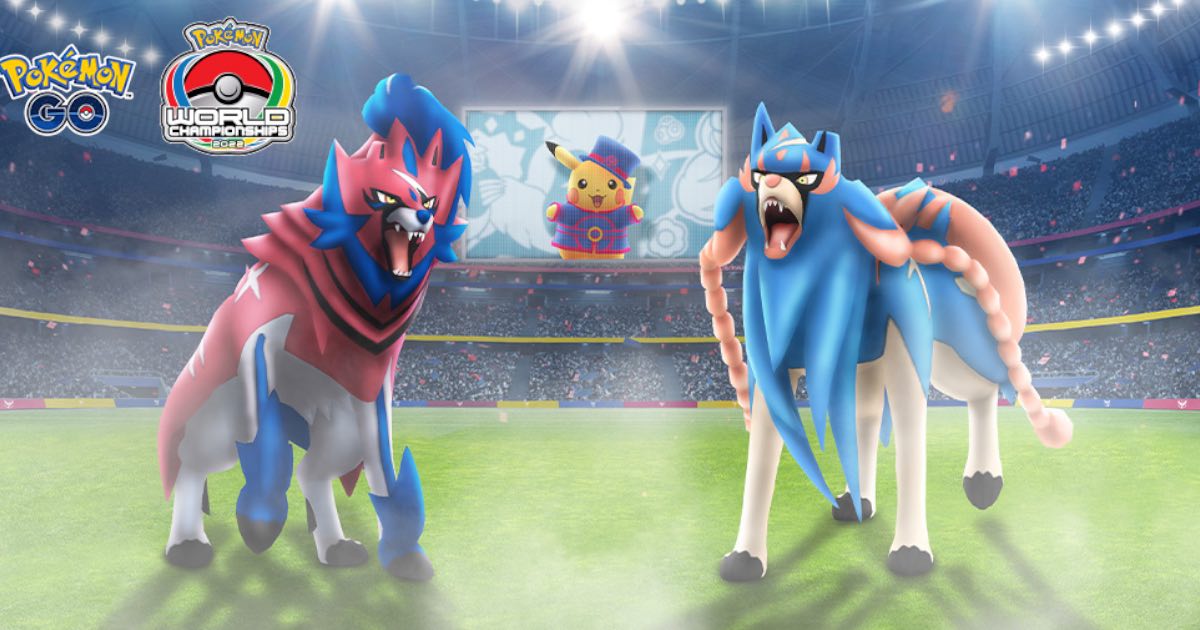 Trainers! Niantic is celebrating Pokémon GO coming to the 2022 Pokémon World Championships, and there’s a lot coming to the game this week. This includes a new costumed-Pikachu, Raid Battles, as well as the return of some Legacy moves. Let’s take a look at what’s coming up in Pokémon GO!

To celebrate the first year Championship, the winner of this event will receive a World Champion 2022 outfit and pose. Additionally, during this time the Great League and Fighting Cup will be active during the GO Battle League.

Furthermore, a new World Championship Pikachu will be making its debut in Pokémon GO through raids, Field Research and Timed Research. Lucky players may even encounter a shiny.

For this event, bonuses will include new Challengers at certain PokéStops. Similar to the Team Rocket grunts, teams inspired by the Trainers participating in the Pokémon GO Regional Championships will be appearing at PokéStops. Users will also be able to battle in the GO Battle League 50 times per day. This is in increase from the typical 10. Additionally, users will get 3x Stardust from GO Battle League win rewards.

In terms of spawns, Nidoran♀, Mankey, Machop, Mudkip, Sableeye, Meditite, Swablu, Spheal, Croagunk and Dewpider will be appearing in the wild. Out of these Pokémon, only Dewpider is currently not shiny. Additionally, rare spawns include Scraggy and Galarian Stunfisk. Scraggy will not have an available shiny during this event.

In terms of Raids, Trainers can expect the following,

(Note that Zacian, Zamazenta and Scraggy cannot be shiny.)

Additionally, Timed Research will be available during this event. Users will need to find a code that is premiering on Twitch Aug. 18 to receive the Timed Research. Complete the tasks to receive rewards such as an encounter with World Championships 2022 Pikachu, an Elite Fast TM and an Elite Charged TM.

During this event, Trainers will also get to Evolve certain Pokémon so that they learn their legacy moves. Let’s take a quick look at each. For this, the power ratios for moves are (Trainer Battles/Gyms and Raids).

This is a rather interesting event. For Trainers, getting the Legacy moves if you do not yet have them should be a top priority. The Legacy moves don’t come around too often and can be incredibly useful. Additionally, be on the lookout for Shiny World Championships Pikachu, as that will no doubt be a rare catch.

Don’t forget that this Aug. 27 is the final event for this year’s Pokémon GO Fest 2022. We’ll have more details as we approach the event.

Are you looking forward to this Pokémon GO event? Keeping your coins to get the Pikachu? Let us know in the comments.