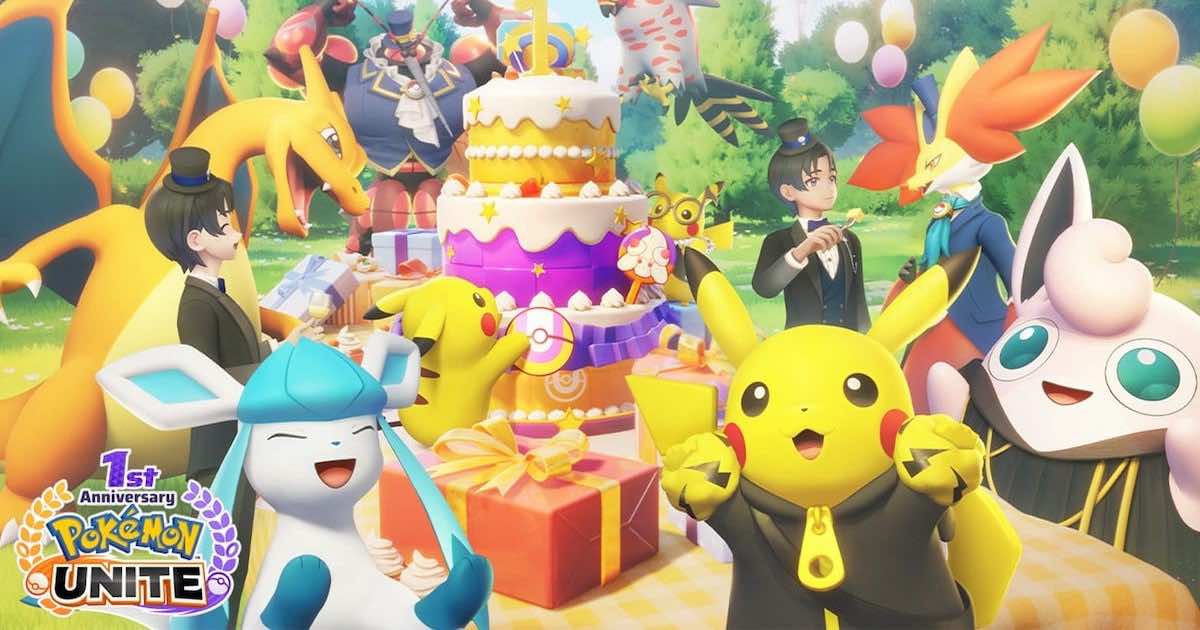 Trainers, Pokémon UNITE is celebrating its first anniversary, which means it has been a year since Trainers first landed on Aeos Island. To celebrate, Pokémon UNITE is unveiling several new features and surprises Thursday, July 21.

New features include new Unite licenses, Holowear and gifts for logging in. There will also be an Anniversary Cake Challenge, as well as the start of Battle Pass Season 9.

Along with celebrating the one year anniversary, three new Pokémon will also find themselves in the game. On July 21, Trainers can take part in the Icy Glaceon Challenge to unlike the Eevee ice-evolution Glaceon. Completing the event earns players Glaceon’s Unite license. The event ends Sunday, Aug. 14.

Starting Wednesday, Aug. 3, Buzzwole enters Pokemon UNITE, and Tyranitar will make its debut Monday, Aug. 15. The official press release reminds players to check back for information regarding these new Pokémon and their special attacks.

Additionally, Trainers will have a new type of quick battle known as Boss Rush. Boss Rush will have players teaming up to beat powerful bosses while earning rewards. Trainers will be challenged to “fight hard and fight smart, because the higher your Unite Squad’s score, the better the rewards.”

During the anniversary celebration, Buss Rush will be available during three different periods:

If you already own any of these licenses or Holowear, don’t worry. Players will receive 100 Aeos coins instead of each Unite license and Holowear they already own.

Lastly, the Anniversary Cake Challenge runs from July 21, at 12:00 a.m. PDT to Sept. 1, at 4:59 p.m. PDT. Trainers will get to battle and complete missions to collect frosting, with the goal being to build an anniversary cake. Players will be able to earn rewards while completing this challenge.

Pokémon UNITE is available in the Apple App Store.