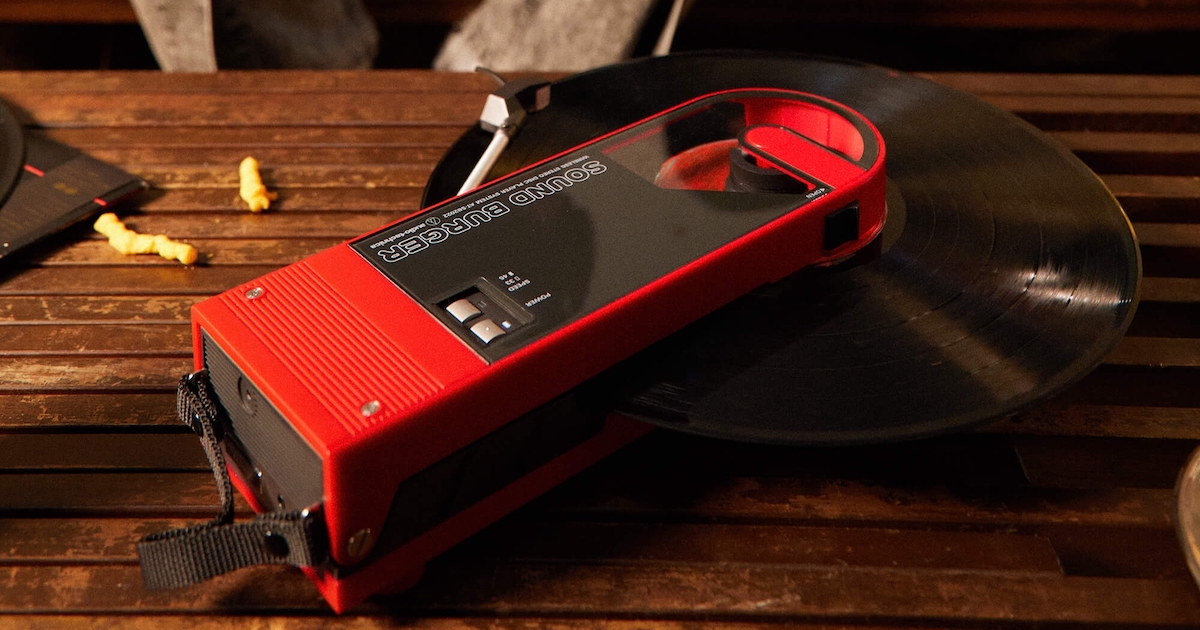 For those who thought that vinyl records are long dead, it’s actually still alive and well even today. In fact, vinyl record sales in 2020 actually surpassed those of compact discs (CDs). This trend continues, according to the Recording Industry Association of America’s (RIAA) 2022 report (via Ars Technica). RIAA reported that vinyl revenue grew by 22 percent in the first half of this year to $570 million. The revenue outpaced CDs by $200 million and represent the biggest chunk of physical music revenue.

For those who have been dying to play their vinyl records again, even while on the move, Audio-Technica is glad to be of service. Its Sound Burger portable record player, which debuted in 1980, is returning to the market. The original Sound Burger AT727 played 33-1/3 and 45 vinyl records even outside of owners’ homes.

Although the idea of being able to play record outside the confine of one’s home might be attractive, the Sound Burger was never a perfect portable record player. There were some reports that records stuck precariously out of the unit. Also, the player needs to be sitting on a flat surface during operations. But if my memory serves me right, aren’t all vinyl players supposed to be operated that way?

Anyway, the 21st century version of the record player looks much like its 80’s ancestor. However, Audio-Technica has added some features to make it in tune with the needs of modern audiophiles. For example, the new model of the portable record player features Bluetooth 5.2 support. This will allow you to listen to your vinyl records through wireless headphones and speakers. The player also includes a 3.5mm jack along with a dual-RCA adapter.

In addition, the new Sound Burger has a USB-C charging port and internal battery. This means you don’t have to worry about large, clunky batteries anymore like with the original Sound Burger. Audio-Technica claims the battery allows 12 hours of record playing time before the need for recharging. Unfortunately, once the battery is drained, it will take 12 hours to fully charge the Sound Burger again.

Audio-Technica also packed the 2022 Sound Burger with a DC servo motor that drives its belt-drive system for “stable rotation.” That means records will continue to spin at the proper speed without the need for user maintenance that frustrated owners of the 1980s version. Finally, the Sound Burger includes a 50dB output and a 20-20,000 Hz transmission band.

The 2022 Sound Burger retails for $200 but as mentioned, Audio-Technica is releasing only 7,000 units of the record player. Given the revived enthusiasm for vinyl records, we think that it will just be a matter of time before the 2022 Sound Burger becomes a collector’s item. Or is it already considered one?