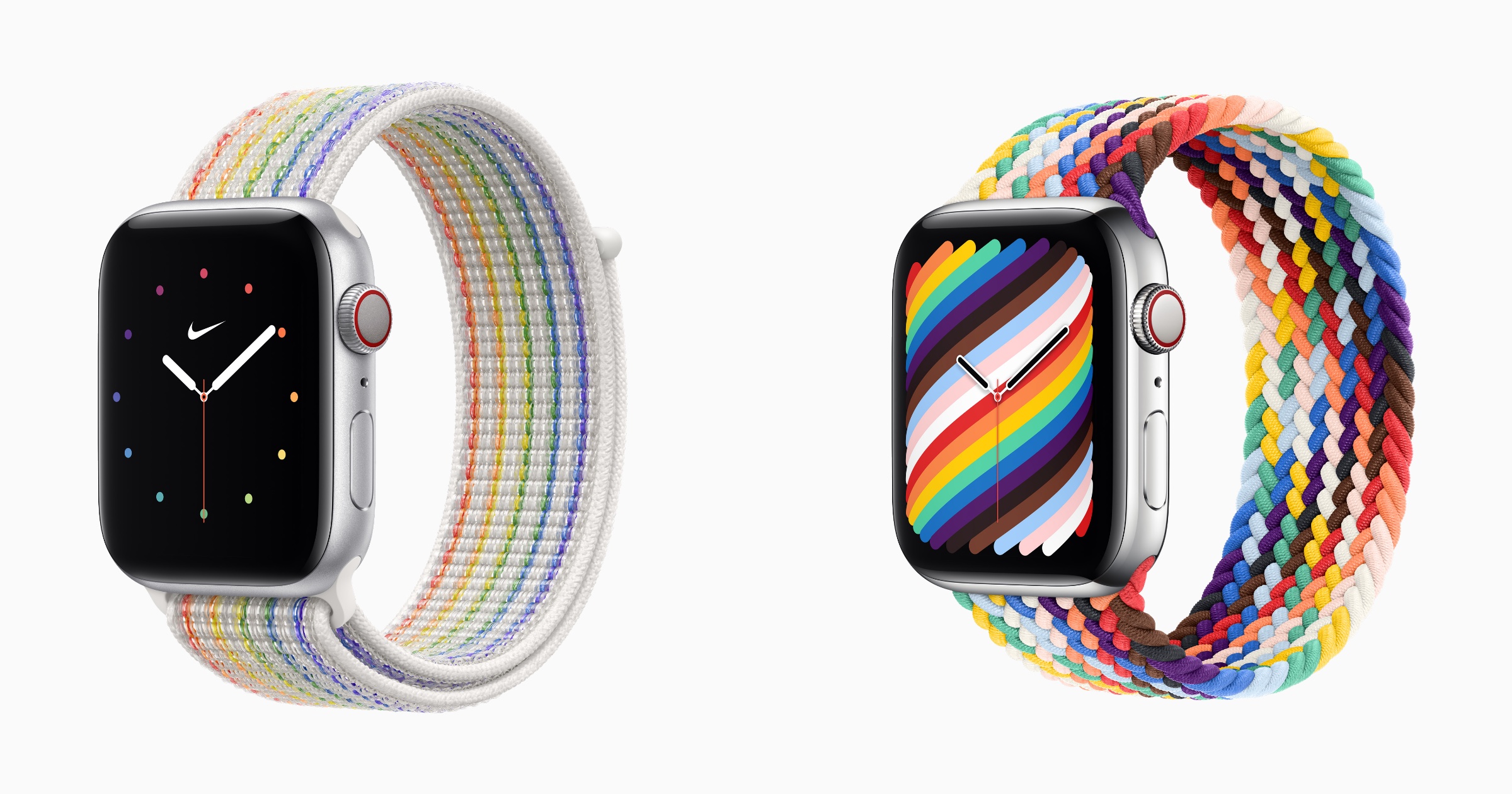 Apple revealed its Apple Watch Pride bands for 2021. There is a Braided Solo Loop for US$99 and Nike Edition Sport Loop for US$49. Each also comes with an accompanying watch face.

The Apple Watch bands build on the classic rainbow flag and look to also celebrate the contribution of multiracial activists to the progress of the LGBTQ+ community. The Pride Edition bands are available to order today from apple.com and the Apple Store app. The will becomes available at Apple Store retail locations from May 25. The Pride Nike Sport Loop is also coming soon to nike.com.

Even before the events at the Stonewall Inn brought the LGBTQ+ movement to new prominence, Black, Brown, and transgender activists were key leaders in the march toward equality. On many fronts, Apple supports the ongoing and unfinished work of equality for diverse and intersectional communities, and we want to provide every opportunity to celebrate and honor this history during Pride season.

Apple is also continuing to provide financial support for a variety of LGTQ+ advocacy organizations in the U.S. These include:

It is also working with ILGA World internationally.