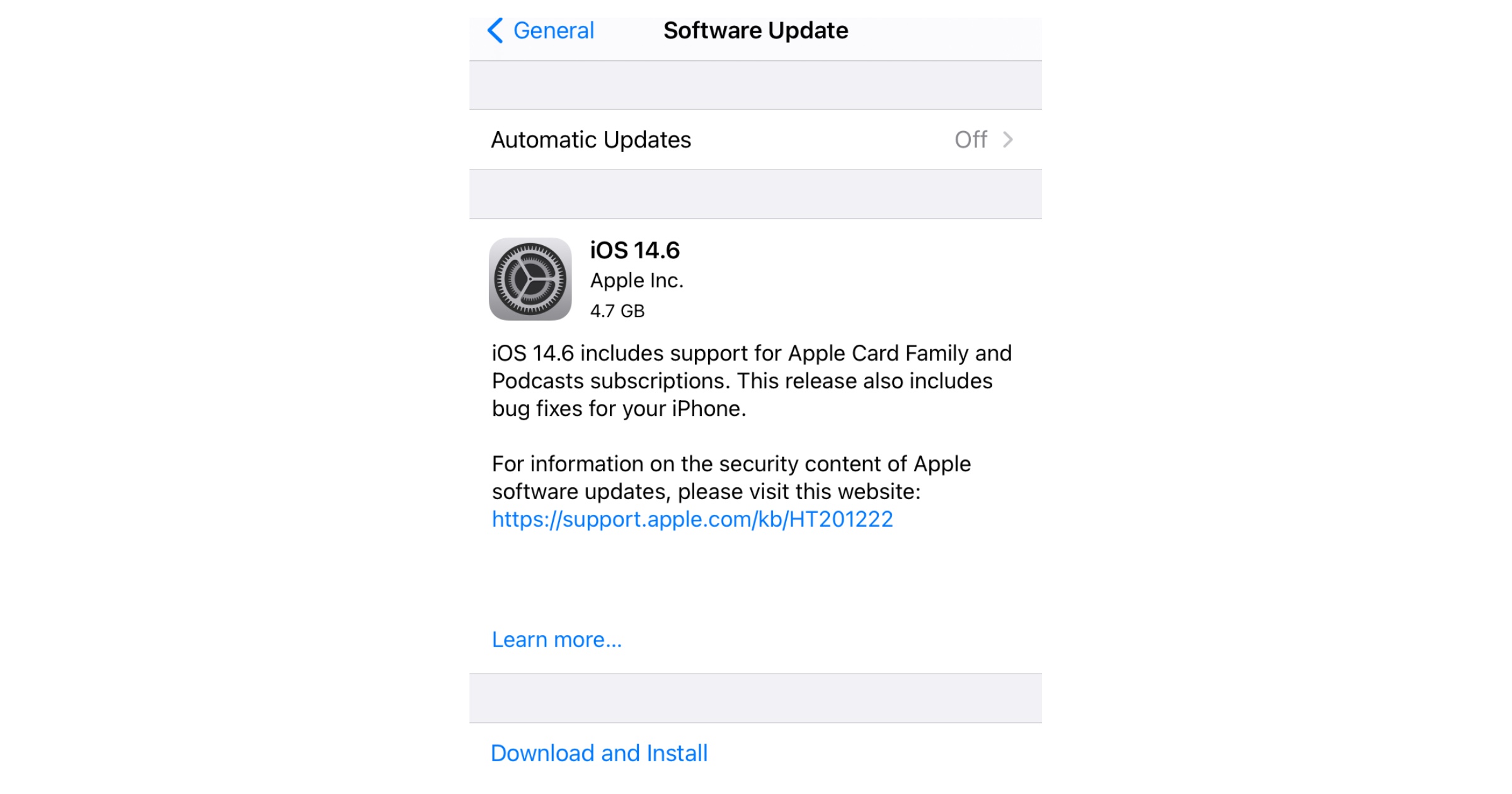 Apple pushed a release candidate for iOS 14.6 to developers on Monday. It includes recently announced features Apple Card Family and Podcast subscriptions (and, presumably, the redesigned app). The obligatory collection of bug fixes are also included in the release.

iOS 14.6 and Other Release Candidates Seeded to Devs

Alongside that, the fourth beta versions of iPadOS 14.6, tvOS 14.6, and watchOS 7.5 also became available, noted AppleInsider. These are all the first-release candidate betas. Those on the Beta Software Programme can go to Settings > Software Update and install the latest iterations.

Excited for the family card thing. My kids are at the perfect age to begin learning to manage credit and finances.