Apple is pausing the Siri grading program that sent some requests to its servers for better processing (via TechCrunch). 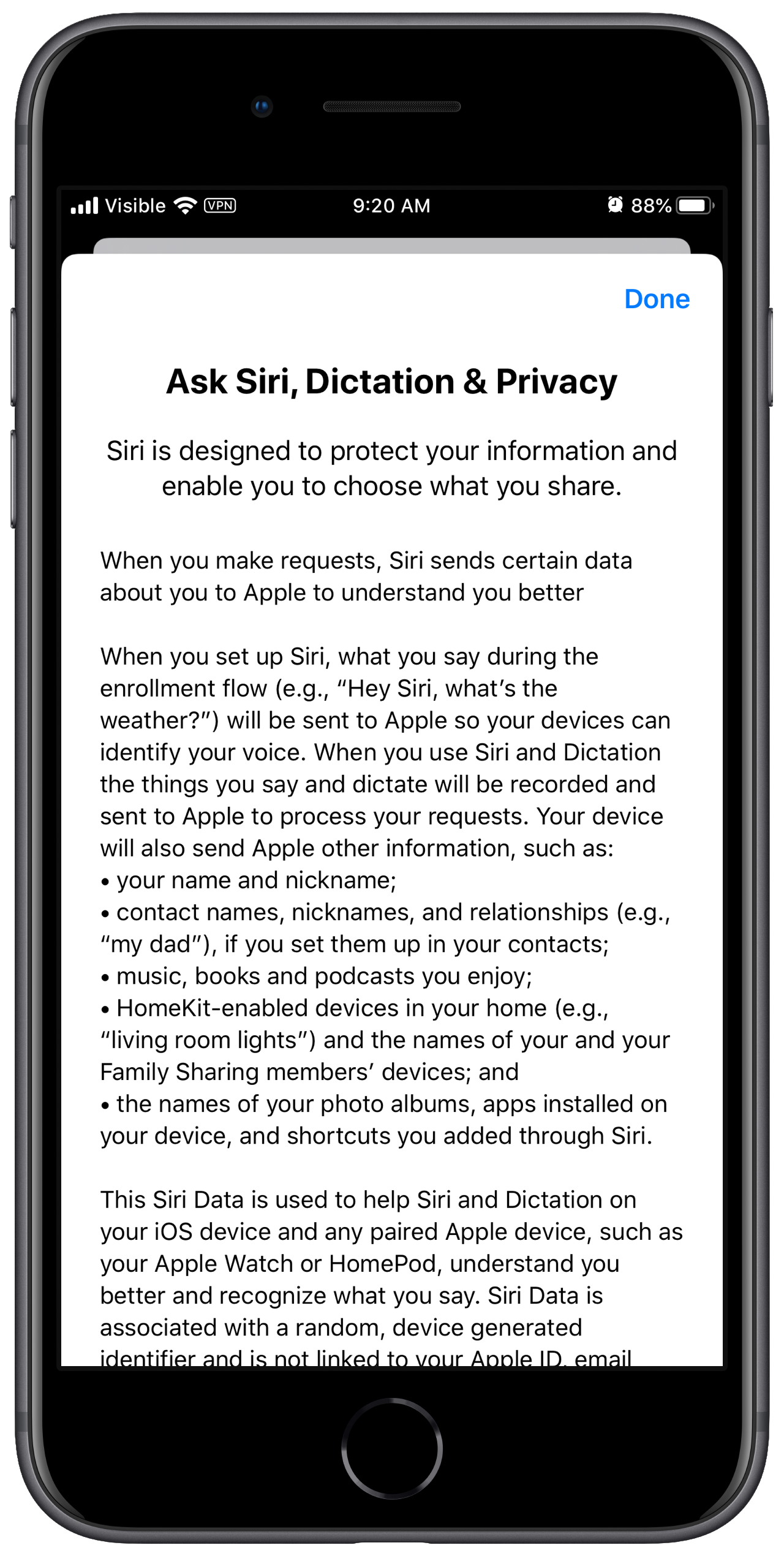 “Grading” is the term Apple uses for the process of having certain Siri questions sent to its servers. After the data is anonymized, contractors listen to the questions to figure out if a person meant to summon Siri, or if it was an accident. You can learn more about this by going to Settings > Siri & Search and tap About Ask Siri & Privacy. This section does make it clear that old data is sent to the server for processing, but “contractors listening to audio snippets” wasn’t spelled out.

Siri grading is being paused for now while Apple reviews the process. Additionally, in the future an iOS update will add a toggle so people can choose whether they want some queries to be sent to the server or not. Apple said in a statement:

We are committed to delivering a great Siri experience while protecting user privacy. While we conduct a thorough review, we are suspending Siri grading globally. Additionally, as part of a future software update, users will have the ability to choose to participate in grading.

[iOS: How to Reset Siri and Your User Data]

[How to Manage Hey Siri With Multiple Apple Devices]