With a nearly identical design to the company’s well-reviewed Thunderbolt Station 2, the new CalDigit Thunderbolt Station 3 is unique in the Thunderbolt docking station market in that it’s one of the only options that includes built-in eSATA ports. While likely not useful for most consumers, eSATA support is important for media professionals who still have legacy drives reliant on the interface. 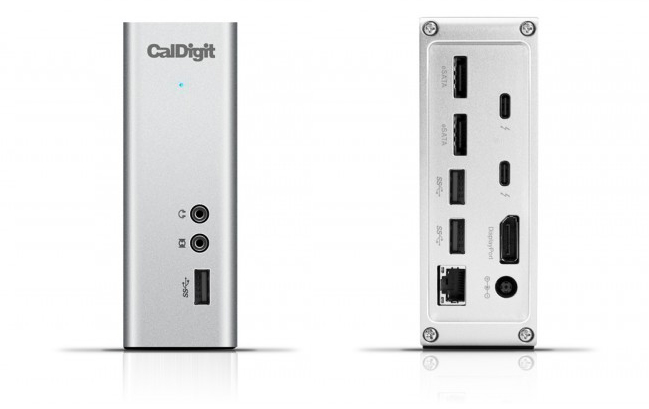 The CalDigit Thunderbolt Station 3 Lite is aimed more at general consumers rather than media professionals, both in terms of port selection and price. It drops the eSATA ports but adds a USB-C port on the front. It also lacks the 85 watt charging capability of its big brother, but does provide 15 watt power to attached devices.

The CalDigit Thunderbolt 3 Station Lite will also launch later this quarter with a list price of $199.99. Like the non-Lite version, you can save a bit by pre-ordering and pick it up now for $169.99. Both models include a Thunderbolt 3 cable.