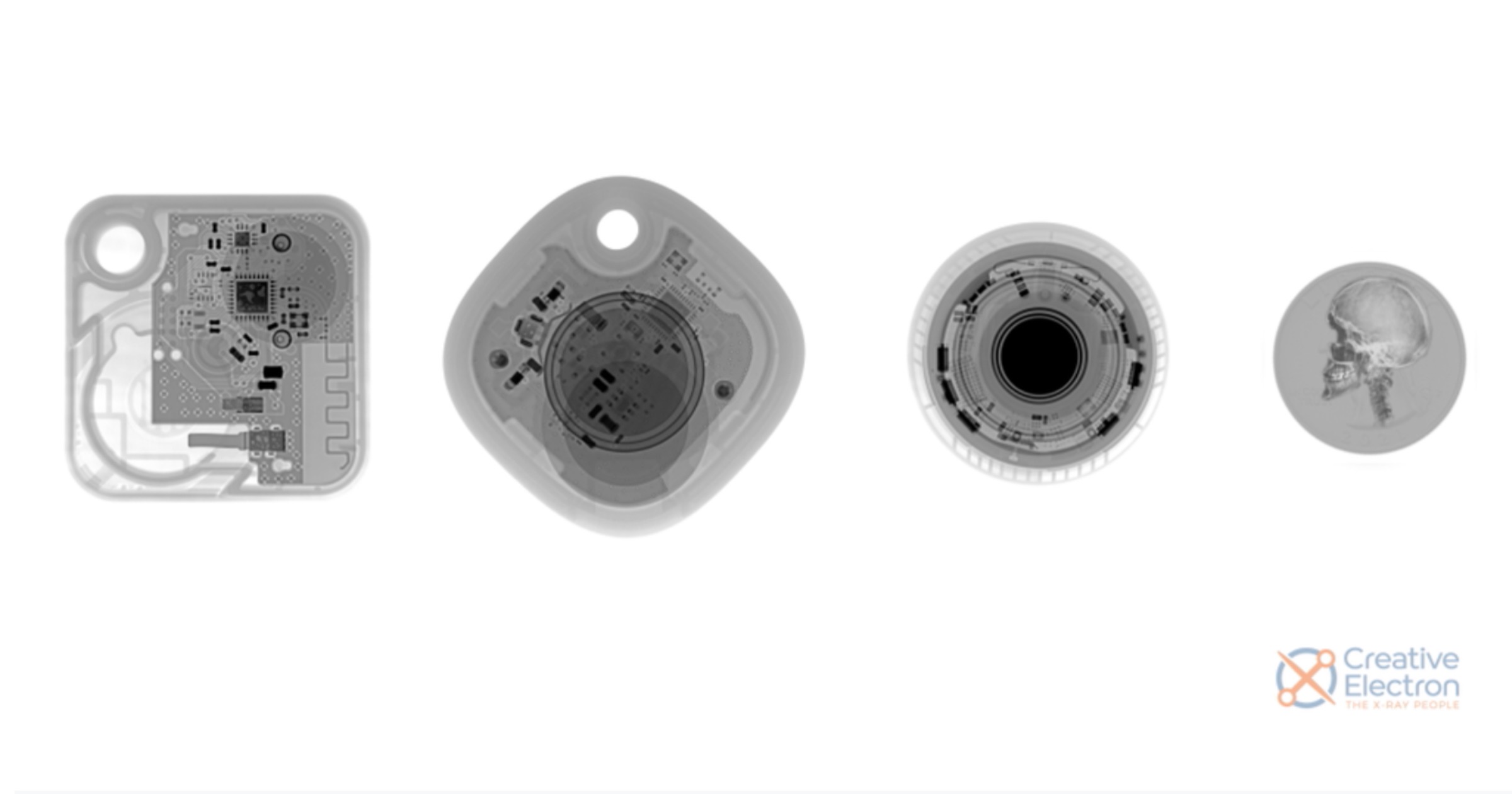 AirTags are now released on finding their way into customers’ hands, and iFixit tore one apart in their usual style.

It’s quire noticeable how small an AirTag is. It looks like it’s thicker than a Tile but Samsung’s Galaxy SmartTag looks gargantuan in comparison. iFixit added a quarter (with a clever xray) in the lineup, and an AirTag looks roughly the size of a fifty-cent piece.

About the size of a half-dollar coin, it’s not much larger than the battery that powers it. Likely spurred by Apple’s penchant for compactness, AirTag cuts corners by eliminating the keyring hole (a problem we intend to remedy). It goes without saying that Apple has a history of turning essential functions into premium, add-on accessories.

An AirTag is powered by a standard watch battery known as CR2032. Apple says it lasts for up to a year before needing to be replaced. iFixit further notes that although Apple and other companies sell AirTag holders, it is possible to drill a hole through an AirTag for a DIY key ring.