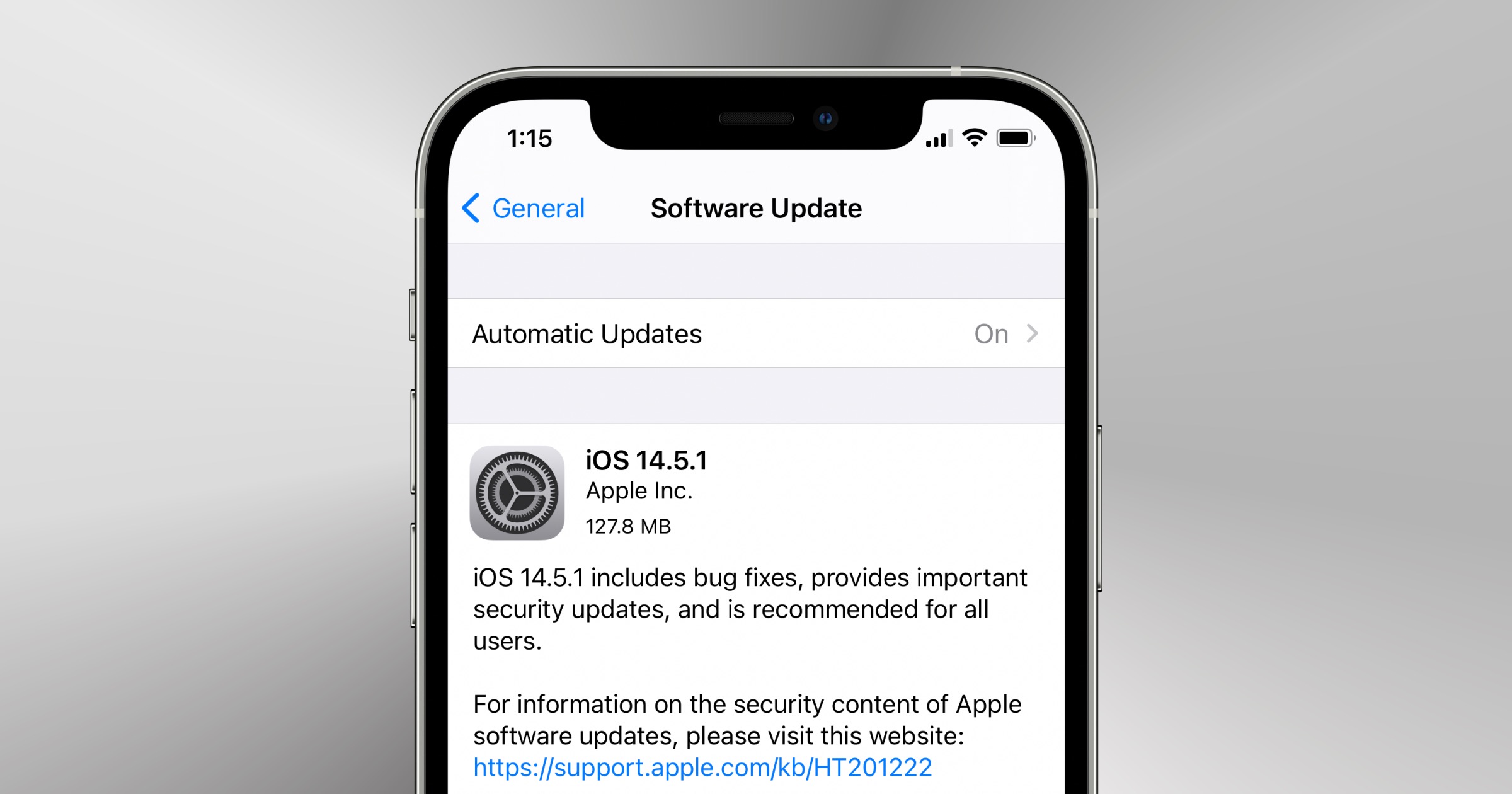 You can download this via Settings > General > Software Update. Apple lists this as a security update on its webpage.

This update fixes an issue with App Tracking Transparency where some users who previously disabled Allow Apps to Request to Track in Settings may not receive prompts from apps after re-enabling it. This update also provides important security updates and is recommended for all users.

Some people had reported that the toggle for ATT was grayed-out. This update should fix that problem.

The update doesn’t fix the greyed out switch.
Apple hesitated so long (probably Zuck asked kindly) with the anti tracking release that they forgot what they initially wanted. Apple woke up, you should block the trackers!