Apple has released the iOS 12.3 update, much of which is focused on a new TV app that the company introduced in its March keynote.

You can get the iOS 12.3 update by going to Settings > General > Software Update. Generally iOS updates start rolling out to customers around 10:00AM Pacific/1:00PM Eastern.

In the new TV app, Watch Now and Up Next are still the focus but it brings new recommendation tools that offers content based on your viewing preferences and history. Categories like movies, TV shoes, sports, and a Kids section are front and center. 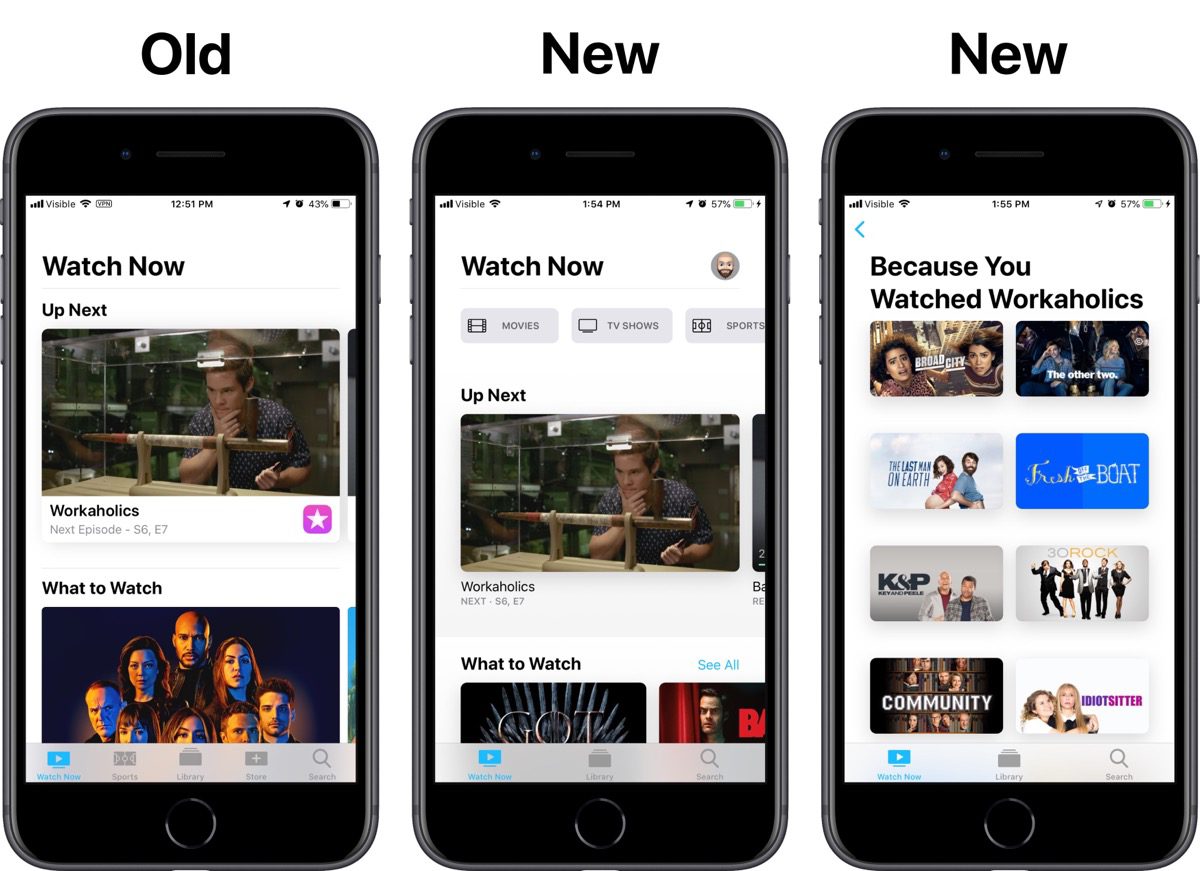 Subscriptions to Apple TV channels can be shared with up to six family members, with no new apps, accounts, or passwords needed.

The iOS 12.3 update brings AirPlay 2, which lets customers share videos, photos, music, and other content from an iPhone or iPad to an AirPlay 2-enabled smart TV. The TV app can suggest playing video content to a nearby Apple TV or AirPlay 2 smart TV nearby.

Apple Music’s For You tab now updates multiple times per day, suggesting music based on themes like genres, artists, and moods.

[Have a Third-Gen Apple TV? You’ll Get The New TV App]