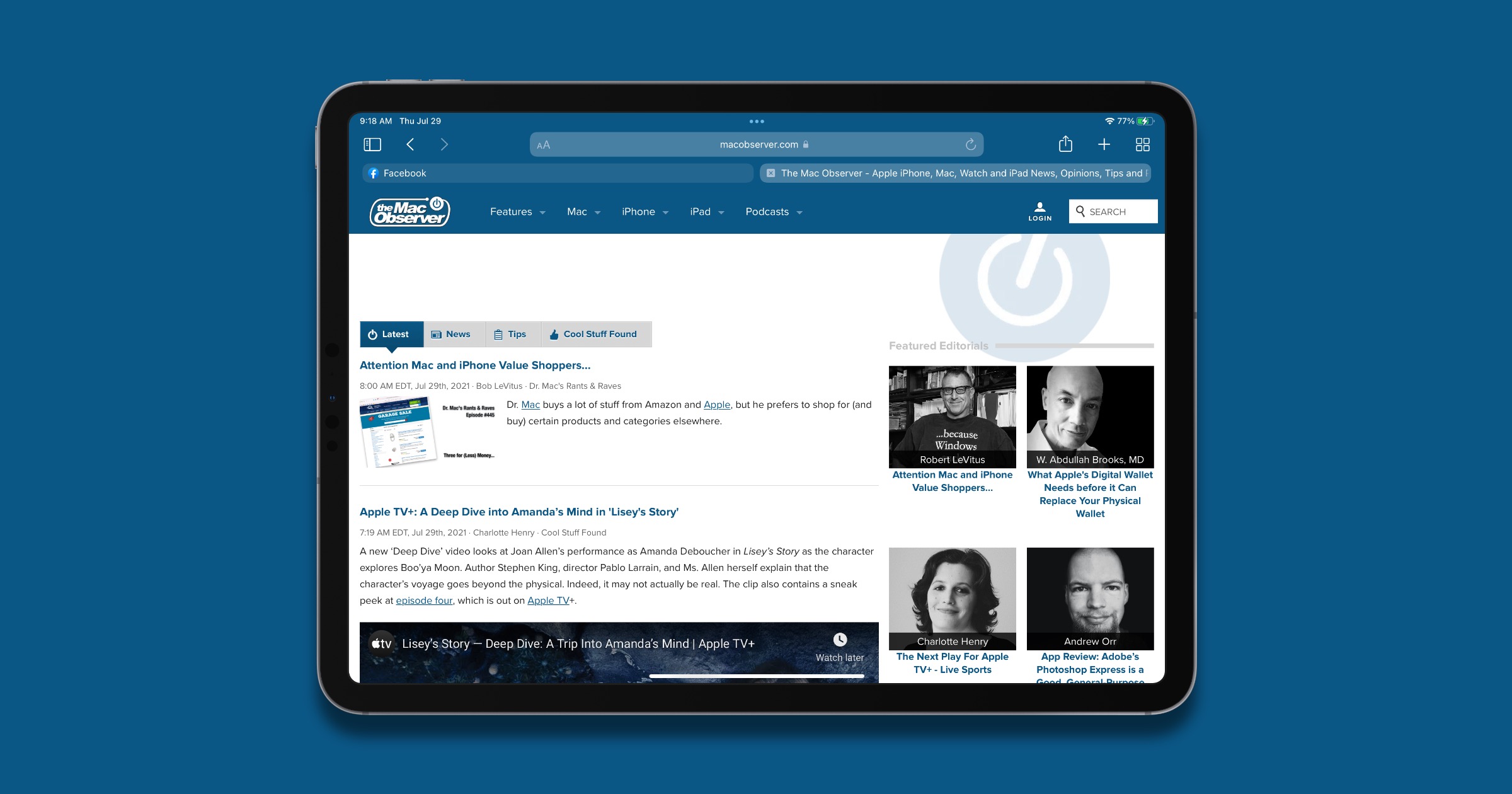 For iPad users the most noticeable change is to Safari. The redesign has faced criticism and in Settings > Safari you’ll have a choice between a compact tab bar and a separate tab bar. I found that the separate tab bar option was enabled by default (pictured above)

For iPhone users, a noticeable tweak is the appearance of the share button inside the tab bar, rather than hiding inside the new menu. A reload button now appears next to the URL in the tab bar.