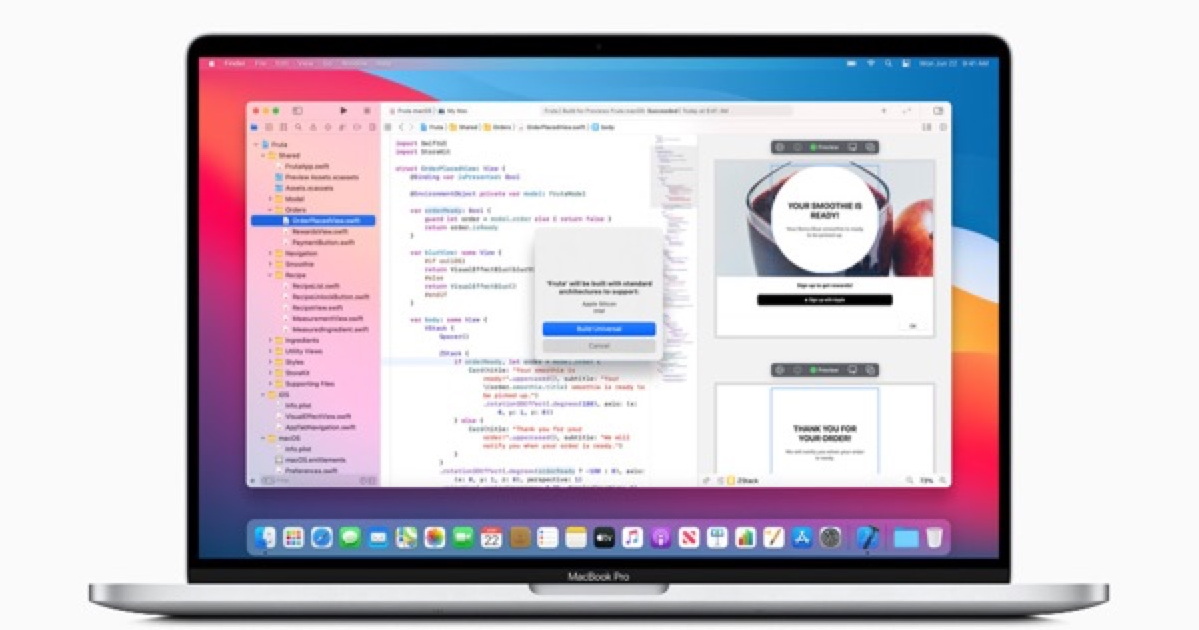 We’ve been hearing the rumor for years. Now it’s official. Macs will transition to Apple CPUs

Macs Will Transition to Apple CPUs

Developers can easily convert their existing apps to run on Apple silicon, taking advantage of its powerful technologies and performance. And for the first time, developers can make their iOS and iPadOS apps available on the Mac without any modifications.

To help developers get started, Apple is offering the “Universal App Quick Start Program” consisting of documentation, beta versions of macOS Big Sur Xcode 12, and a Mac mini with an Apple A12Z CPU.

The two-year transition will give developers time to recompile their apps, creating “Universal 2” apps that run on both Intel and Apple silicon—even as Intel-based Macs remain in the product pipeline. For apps that have not been recompiled, Apple is offering, as part of Big Sur, “Rosetta 2,” a tool that translates Intel CPU instructions into ARM instructions—on the fly and very quickly.

Apple will continue to support and release new versions of macOS for Intel-based Macs for years to come….

Apple has already recompiled all its own apps to the new hardware. The company has made this kind of traniotion before, and it appears all the components will be in place to make the transition smooth and painless.