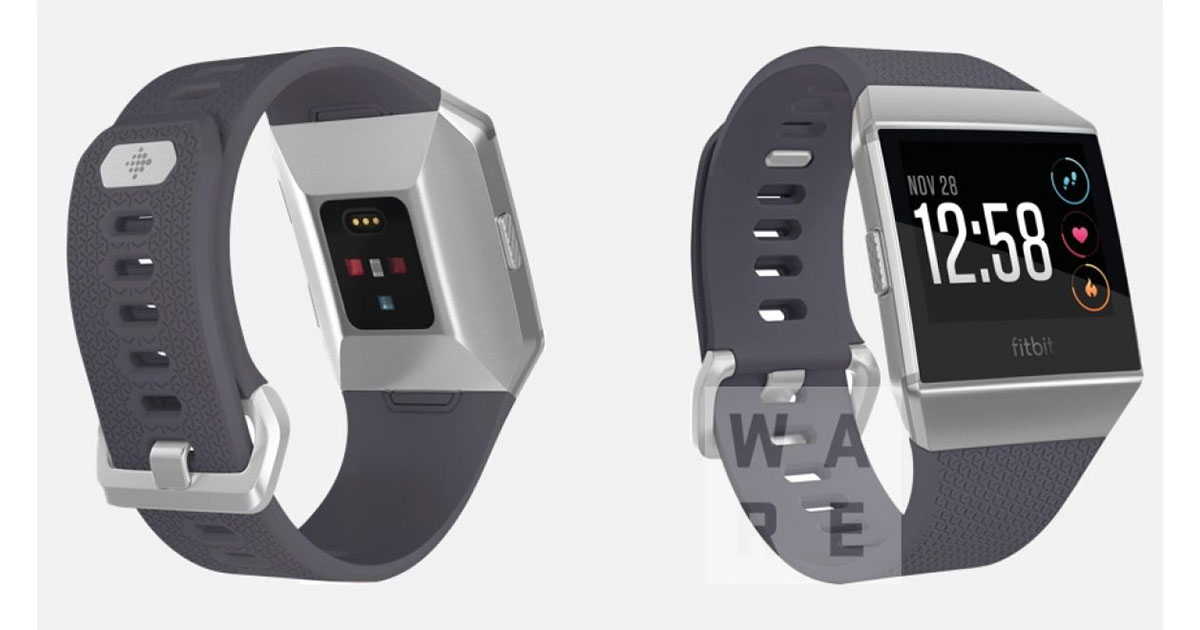 Leaked image shows Fitbit’s smartwatch may have a pulse oximeter

The renderings were obtained by Wareable. Their sources say this is the final design and shows what we’ll see on store shelves.

The hint that this watch may also be able to track your blood oxygen levels comes from the red lights on the watch’s back. Fitbit may have gone with red in hopes of improving heart rate accuracy, although it could be for measuring blood oxygen, too.

Last week during Fitbit’s quarterly earnings report CEO James Park said, “Our smartwatch, which we believe will deliver the best health and fitness experience in the category, is on track for delivery ahead of the holiday season.”

Fitbit has been looking for a way to regain its place as the world’s top fitness tracker company as consumer interest in smart watches, and the Apple Watch in particular, grows.

The leaked renders give us more details about the watch than Fitbit has been willing to share, assuming they’re legit. To date, Fitbit has only said their watch will be great and it’s coming later this year.

Fitbit’s smartwatch doesn’t look remarkably different from any other watch on the market, much like the Blaze which is a fitness tracker with some smartphone connectivity. Aside from speculation that it’ll support blood oxygen monitoring, there isn’t much to set it apart from competing fitness-focused smartwatches.

The Fitbit watch will have its own app store so, unlike the Blaze, it’ll support more than its built-in apps. That sounds great, but Fitbit is still hobbled by refusing to support Apple’s HealthKit platform and its failure to adapt earlier when the market started shifting from dedicated fitness trackers to smartwatches.

As appealing and geeky as it might be to have a pulseox on one’s wrist, the vast majority of people will never be hypoxic, outside of contracting an acute obstructive lower airway illness, like pneumonia. In that case, they’re going to know it.

Even under intense exercise, with a healthy heart and lungs (the absence of a cyanotic lesion), their oxygen saturation will remain 98 – 100%.

For workout enthusiasts, other markers of exertion might be more useful, but much harder to detect non invasively at this stage. Glucose, acidosis, and even one danger indicator, myoglobin, spring to mind.

I’ll say one thing. I vastly prefer this design. I like the more angular look, the sharper corners. I wish the screen took up the whole front of the watch, but overall I like the design. Unlike the flaccid rounded corners and the big ugly faux winding stem of the Apple Watch. IMO this device just looks much better.