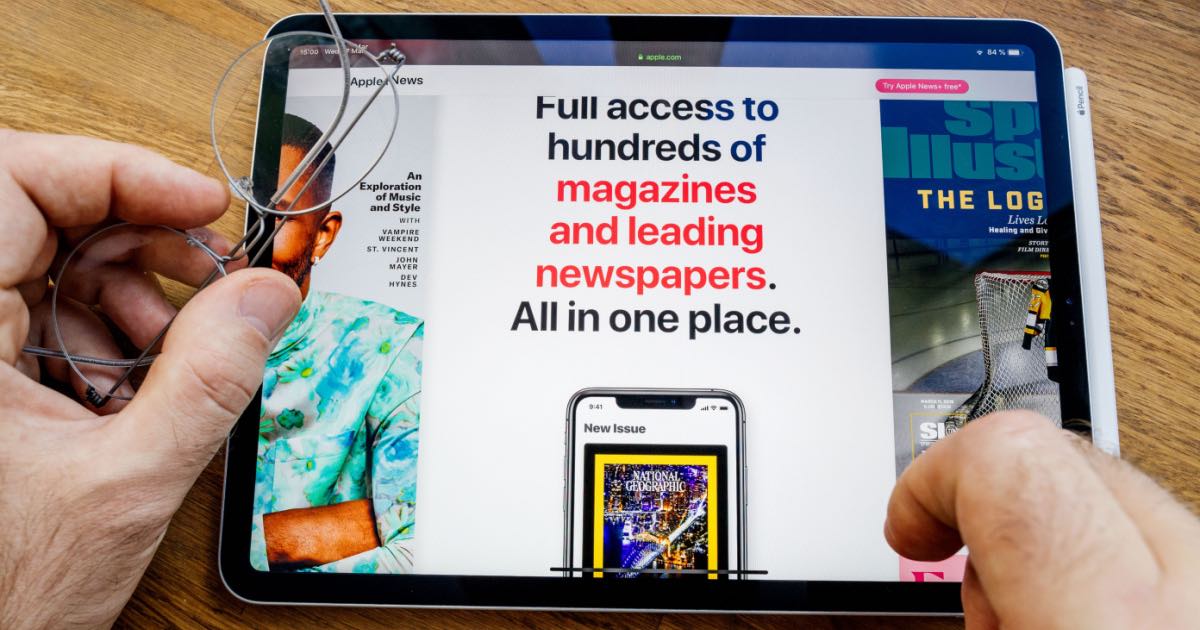 According to recent reports, readership for top magazine publishers is on the decline through Apple News+.

Reports indicate that the top 25 magazines available on Apple News+ saw circulation to around 1.3 million people in the first half of 2022. These numbers may spell trouble for certain publications.

According to a report from the Press Gazette citing information from the Alliance for Audited Media (AAM), Apple News+ may be slowing down in terms of circulation numbers.

Concerning the readership numbers, the premium news aggregation service saw “a combined circulation of 1,333,088 in the first half of 2022”. This is a 6% rise from the first half of 2021, but it is an 18% decline when looking at the second half of 2021. These numbers are obtained by “using average unique opens per issue of a magazine”.

As Press Gazette also mentions, Apple News+, which is the paid version of the free Apple News, saw launch in 2019. Currently home to around 200 publications, Apple News+ is $9.99 per month, or users can bundle it in thanks to an Apple One subscription.

Additionally, the report also notes that while there is a trend downward in terms of readership, those among the top 25 magazines may differ over time, meaning some magazines may actually be seeing an upward trend in numbers.

Given that Apple is typically quiet about the analytics its services are pulling, the public is not likely to see any real metrics concerning readership from the company.

As noted by 9to5Mac, however, while Apple does not release metrics publicly, publishers do have access to reader information. This includes information regarding readership information, sources, traffic and more. 9to5Mac additionally notes that the study mentioned by Press Gazette only covers magazines published via Apple News+. It does not take into account “broader overall Apple News readership”.

Of course, as mentioned, users can get access to Apple News+ either on its own or via an Apple One Subscription, which combines other Apple services alongside News+. This includes Apple Music, Apple TV+, Apple Arcade and iCloud+.

What do you think about Apple News+’s readership? Let us know in the comments.