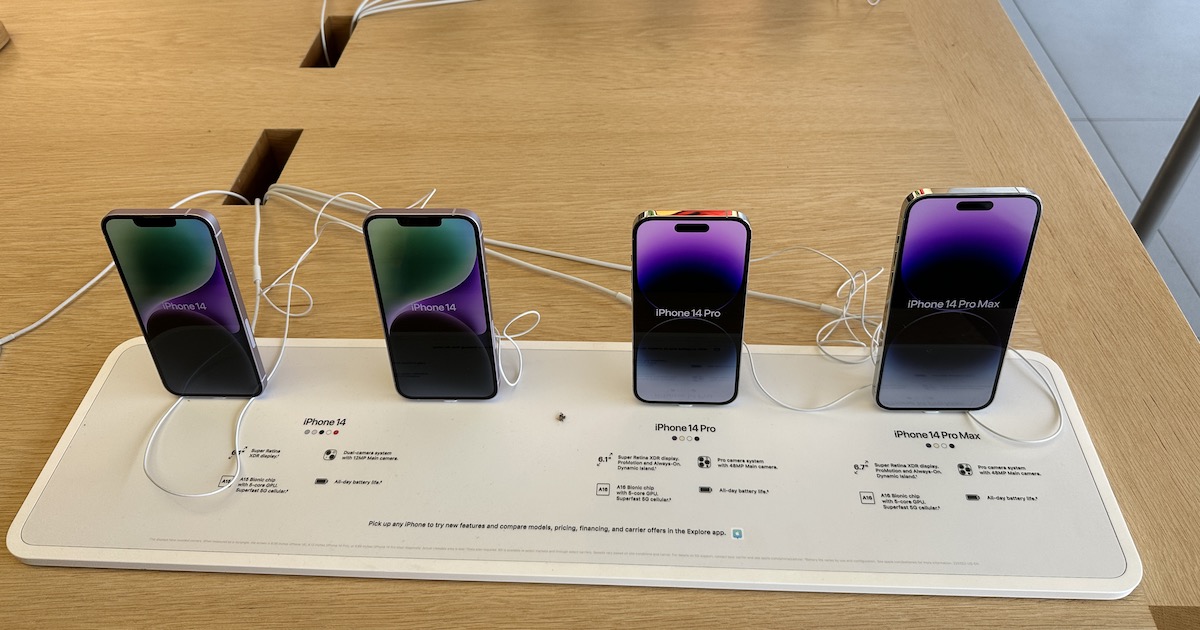 A new report says Apple might break its record for the average selling price of the iPhone for a second time. This is due to more customers opting to buy the costlier and yet more feature-packed iPhone 14 Pro models.

The New York Times reported that demand for the new iPhone 14 Pro family has been robust enough to project that its global average selling price (ASP) will rise. CounterPoint predicts the ASP to reach a record-high $892 in the September quarter and $944 in the December quarter. The current record stood at $873, achieved in the fourth quarter of 2021.

The report said that the popularity of the iPhone 14 Pro and Pro Max models drove the upward trend in the average selling price of the iPhone. More customers opted to buy the premium iPhone 14 Pro models, primarily because of their new and advanced features. These include the 48-megapixel camera, faster chip, and the much-talked-about Dynamic Island feature.

NYT also noted the survey was conducted by Evercore ISI of approximately 4,000 customers. The survey showed that 56% of those who were most likely to buy the iPhone 14 planned to buy the Pro models. Compared to the results of the same survey last year, only 46% planned to get the iPhone 13 Pro models. With this upward trend, it is expected that the ASPs in the next twelve months would increase to around $940.

Another factor that could have affected the upward trajectory in the iPhone’s average selling price was Apple’s strategy to stop reporting how many iPhones it sold per quarter. Apple began this strategy in 2018. The move triggered “peak iPhone fears,” but Apple said it was shifting focus to revenues and margins instead of volume.

Finally, another thing that should be factored in is the fact that Apple opted not to increase iPhone 14 prices. However, regional prices still vary due to the weakening value of other currencies against the U.S. dollar. Once global sales come in, the iPhone 14 ASPs could rise further before year-end.