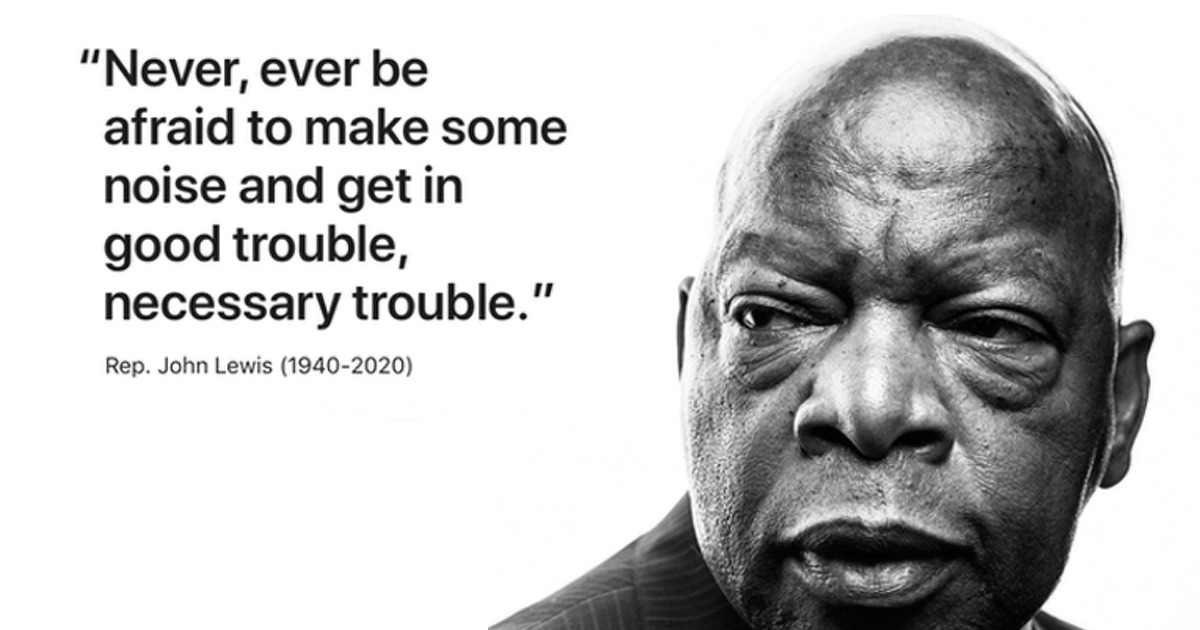 Over the weekend, Apple used its main homepage to pay tribute to the leading civil rights campaigner and long-term Congressman, John Lewis. Rep. Lewis passed away on Friday at the age of 80. He marched alongside Dr. Martin Luther King Jr. and was first elected to Congress in 1986, where he represented Georgia’s 5th District.

The Apple homepage featured a picture of the late congressman, alongside his famous quote:

Never, ever be afraid to make some noise and get in good trouble, necessary trouble.

We have lost an American hero. John Lewis guided us toward a more righteous world. He marched in Selma, he marched on Washingtonâ€”he marched for us all. His life’s work shaped our history and his legacy inspires us to continue the march for racial equity and justice. pic.twitter.com/WqW11757Io

Lisa Jackson, the Vice President who is leading Apple’s efforts to help tackle racial inequality, paid her own tribute. She shared an image of message Rep. Lewis had left her in his bestselling book Walking with the Wind.

â€œWith faith and hope, keep your eyes on the prize.â€ Rest In Peace and Power, Mr. Lewis. pic.twitter.com/Rigo11enfm

Furthermore, Ms. Jackson changed her profile picture to an image of Rep. Lewis following an arrest as a young man.