Roku announced a premium subscription service for The Roku Channel. Starting later this month, it will offer customers premier subscriptions from a variety of major providers, The new offering will mix free and premium content in a manner similar to what Apple is reportedly developing. 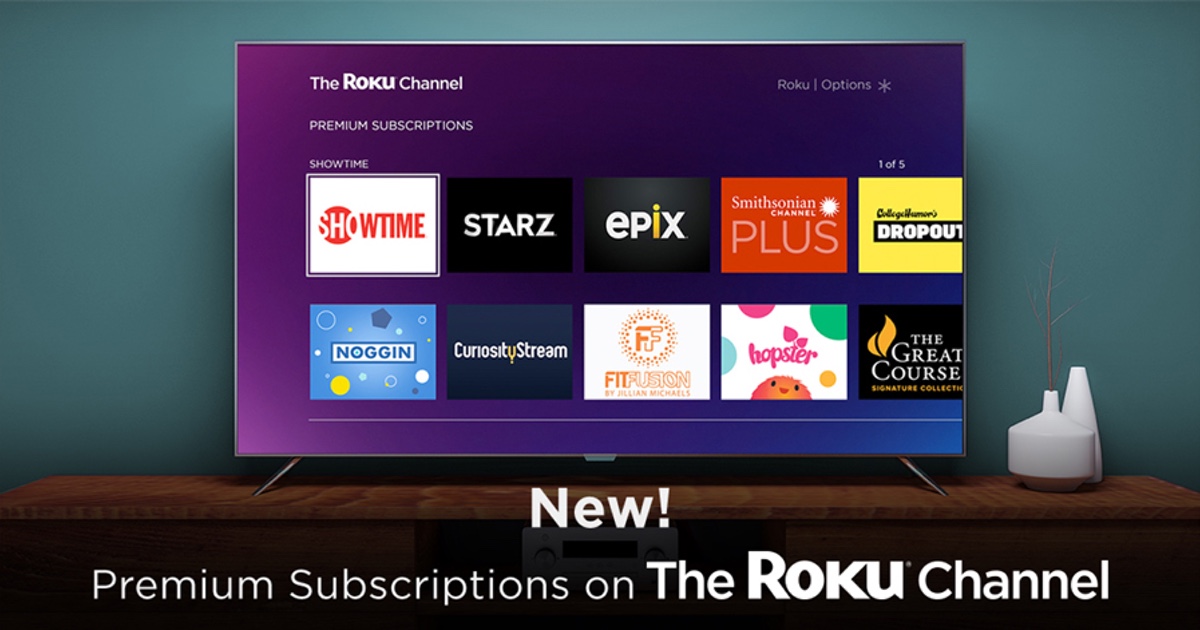 Premium Subscriptions on The Roku Channel have a number of convenient features that make subscription streaming easy including the ability to browse all available content before signing-up, free trials for all subscriptions, one-click sign-ups, and simple subscription management with a single monthly bill. Free, live, and premium content will be presented together in a single channel, creating a simple way for you to browse, search, and watch a wide variety of entertainment without switching between multiple streaming channels.

Mr. Holmes also said that in the near future the company’s iOS and Android apps will be updated so user’s “will be able to watch entertainment from The Roku Channel without a Roku device” and watch content on the go. The blog post said that launch partners include:

A key tenant of Roku’s plan is mixing free and premium content, inside one channel on the app. As CNBC noted, this is rather similar to what Apple is thought to be working on:

CNBC reported in October that free original content with subscription channels inside of the TV app, which is available on iPhones and iPads. Apple may introduce its service as soon as this year.