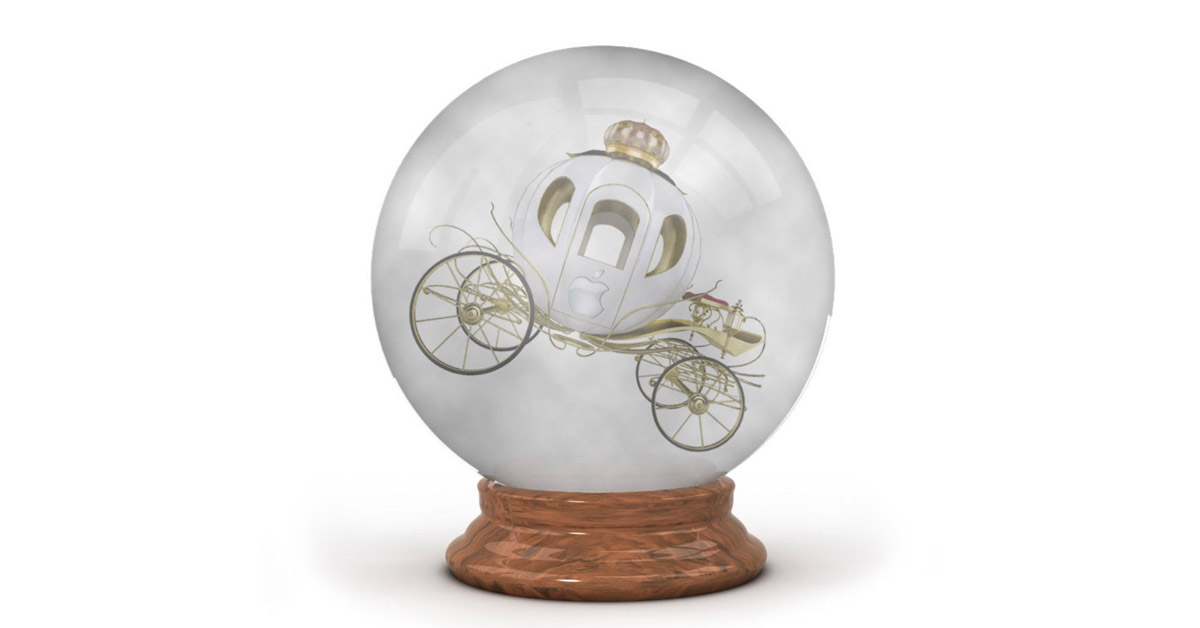 The long-rumored Apple Car electric vehicle will be hitting the road in September of 2021, according to leaks attributed to the auto supply chain. Chinese-language The Economic Daily News (via MacDailyNews) reported (Google Translate) that Apple has put in orders to, “Taiwanese auto parts factories such as Heda (1536) , BizLink-KY, Heqin, and Tomita, and […] Wave supply chain.”

The publication added, “The key supply chain in Taiwan confirmed that Apple expects to release the Apple Car in September next year, at least two years earlier than the original plan. ”

This is an interesting development in this long-running story. On the one hand, we know Apple has been working on a car of some sort since at least 2015, and probably earlier. We also know that the original iteration of his project was scaled back and rejiggered by Bob Mansfield, who was brought out of semi-retirement to head Project Titan. More recently, John Giannandrea, Senior Vice President of Machine Learning and AI Strategy for Apple, took over the project.

But, it has not been clear since Bob Mansfield took over the project whether or not Apple was working on a physical car. While Apple was testing autonomous vehicle systems on California roads, those systems have been retrofitted cars made by legacy automakers like Audi. This newest rumor feels like it is coming out of nowhere, and it comes with a fantastically aggressive timeframe—10 months from now.

The Economic Daily News said in its reporting that Apple has been testing its cars, but as mentioned above, known tests have been on autonomous systems on legacy cars, rather than prototypes of a newly-designed physical Apple Car. Of course, Apple could have been testing cars without word leaking, and they could also conceivably be outfitting electric engines, power trains, and battery systems hidden inside third party cars for testing.

Too Many Fingers and Eyeballs

I’ve long said that Apple has simply grown too large to maintain secrecy around most of its products. Anything being built by third party manufacturers simply has too many fingers and eyeballs involved to keep word from leaking or being sold to the press, hedge funds, and competitors. If this report is accurate, that’s exactly what happened—Apple’s suppliers have leaked the news, and Apple Car is coming.

But, we don’t suggest putting your current car on Craigslist just yet. For one thing, even if Apple is planning to ship an electric, autonomous vehicle in September of 2021, it will surely be in very limited numbers. And, there’s nothing yet to say if the unannounced Apple Car will be intended for end-users or a fleet of Apple-owned ride sharing vehicles. Tim Cook was very specific in including ride sharing as an interesting development in the world of cars, but we haven’t had anything of that sort leak yet, either.

Still, there’s probably fire to this smoke. Based on past leaks from China’s supply chain, there’s little doubt that Apple has ordered parts from the auto industry. It’s what Apple will do with those parts—and when—that could remain to be seen.

3 thoughts on “Apple Car to Hit the Road in September 2021, According to Auto Supply Chain Leaks”