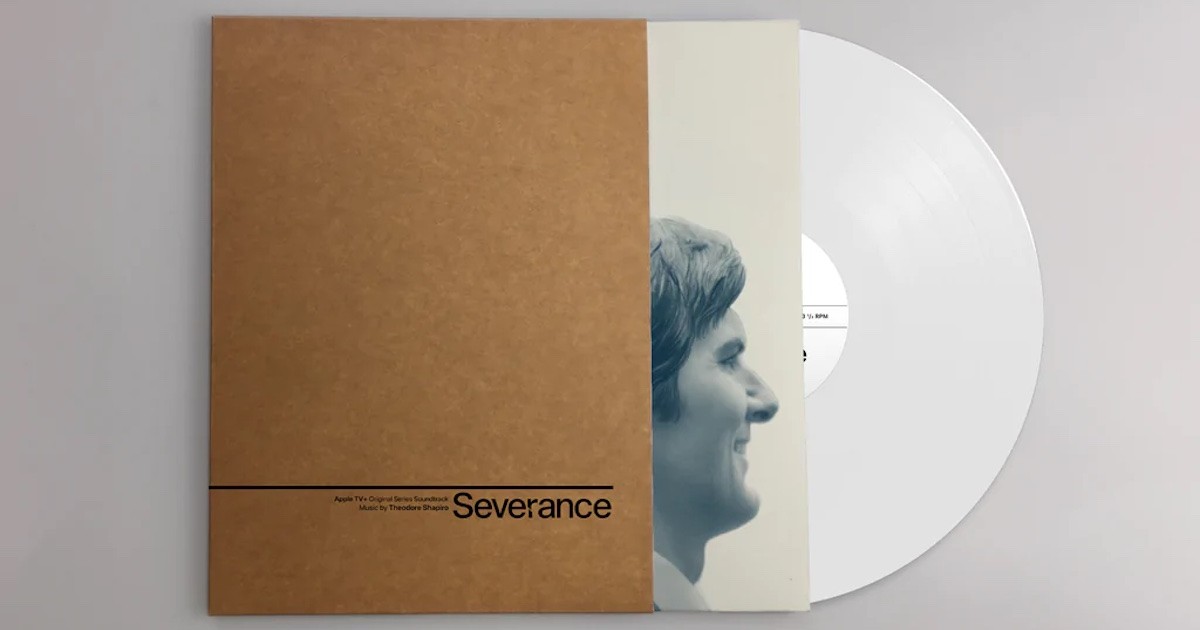 The soundtrack to season one of Severance is arriving to vinyl in thanks to the company Mondo.

Arriving in two different versions, each edition offers different merchandise and packaging. Both versions of the album will go on sale Wednesday, Nov. 23 at noon Central Time.

‘Severance’ Season One Soundtrack Arrives to Vinyl Thanks to Mondo

Severance fans, you will soon be able to get the soundtrack to the first season on vinyl in a new collector’s set, which comes in two different versions.

Arriving from Mondo, the company stated:

Be you innie or outie, this is a perfect addition to your life … whether in the comfort of your cubicle, a well-earned waffle party or even your own home. This long-playing record will enrich your life with warm tones and pleasing melodies. As Kier Egan spoke: “I shall whisper to ye dutiful through the ages.” And so shall you with this fine dutiful album.

Fans can get ahold of two different versions of the album: an “Innie” Edition and an “Outie” Edition.

Concerning the Innie Edition, it will see a limit of 5000 copies and features music by Theodore Shapiro and art by Greg Ruth. Additionally, the Innie Edition features classic black vinyl that arrives in a “bespoke concertina office folder”. The Innie Edition also includes a Music Dance Experience card, a record safety card, Eagan bingo sheet (so you can play the game at home), four character cards, a hidden map of the severed floor as well as a Lumon disco bag. The Innie Edition retails for $60.

One for the Collection

With the holidays soon to arrive, either edition can be an excellent gift for the Severance fan in your life. While there are two editions, it is likely that the only thing different about them is the extra bonus content you get with the limited Innie Edition. However, considering there is not a track listing on Mondo’s website, what you get in terms of music may just be a surprise.

Of course, season one of Severance is now streaming on Apple TV+, and season two recently began principal photography.

You can find the Mondo collection here.

Do you plan on picking-up the Severance soundtrack on vinyl? Let us know in the comments.