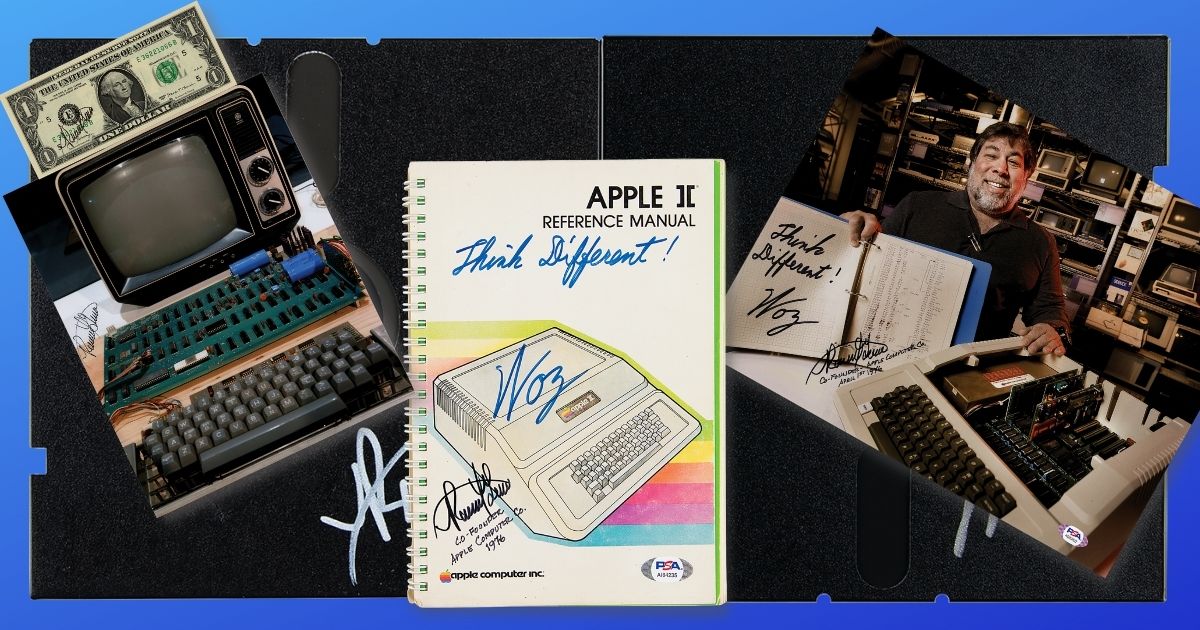 There are Apple aficionados who collect bits and pieces of Apple’s past. The same is true for many other historical people and companies. Dated early enough, and especially signed, collectors treasue the most seemingly insignificant memento. A tidy collection of signed memorabilia from early Apple history has recently surfaced on the auction block, so get those credit cards warmed up.

Alongside documents and items signed by royalty, early presidents of the United States, and religious figures, a number of Apple items have been put up for auction. In total, the Fine Autographs and Artifacts event, hosted by RR Auction until June 15, has 865 lots.

Some of the items date back to Apple’s earliest days. The auction lists a total of 12 lots with Apple connections. The feature signatures from co-founders Steve Wozniak and Ronald Wayne. Wayne is a lesser-known part of Apple’s story, since he helped found the company but resigned 12 days later. He sold his 10% stake to Steve Jobs for $800.

Some of the items only include one signature, but many feature the autographs of both Wozniak and Wayne. The items included in the lots range from photographs of the men to early Apple devices, documents and peripherals.

The auction includes several photographs, including portraits of the co-founders and product images of early Apple computers. One lot includes two items signed in thin black felt tip by Wayne. There’s even a signed Series 2017 one-dollar-bill. The other item in the lot is a satin-finish 8 by 10 photograph of a Apple-1 motherboard, keyboard and GE television.

Another lot includes an Apple Desktop Bus Mouse II, signed on the top in black felt tip by Wozniak. His signature “Woz” scrawl is quite legible, and the mouse itself looks in fine condition given the peripheral’s age.

There are also signed floppy disks and reference manuals included in the lots. Bidding for the Apple-linked items starts at $200, and the auction ends on June 15 between 6:00 p.m. and 7:00 p.m.

One thought on “Signed Memorabilia of Apple History Placed for Auction”