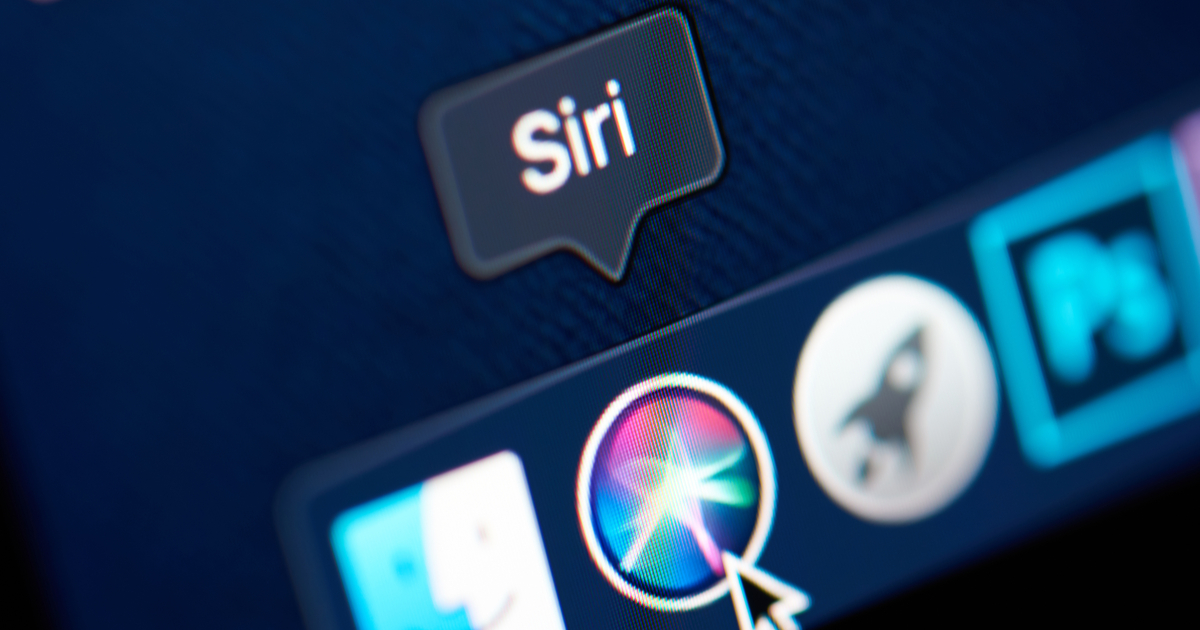 Much of the time, I love the convenience Siri offers me. I simply have to invoke the voice assistant, and Siri will quickly do what I ask. Whether it’s reading off a text message I’ve just received, calling one of my shortcuts, or turning my lights on or off, Siri handles it efficiently. However, there are also times when I come close to wishing the personal assistant would simply die in a fire. It all comes down to consistency, something Siri needs much more of to really wow me.

The Plethora of Siri-Enabled Devices

Every day, I’m surrounded by Siri. She’s (I’ll refer to Siri as the feminine throughout, as my own preference, but I recognize the assistant could be masculine, binary, or non-gendered for you, gentle reader) with me everywhere. I can invoke the voice assistant from my iPhone or Apple Watch. I can call on her from my Mac, or one of my HomePod mini speakers. In the car, I can even call on Siri while I’m driving.

So yes, Siri is always ready and waiting to look up information for me, read a text message, or shuffle my Apple Music playlist. I can ask Siri to send my significant other a text message, and it’s done fairly quickly and accurately. So what’s the problem, Jeff, I hear you asking.

Consistency. That’s the problem. Yes, Siri is always with me and awaiting my requests, but there’s a consistency problem.

Siri’s Lack of Consistency As a Voice Assistant Is Annoying, Sometimes to the Extreme

Let me explain. If I call out, “Hey Siri, send a text message” within range of my HomePod mini, she immediately asks me who I want to text. She takes the name, listens to my message, and reads it back to make sure she heard me right. It’s all seamless and easy, just as Cupertino says it should be, with the rare exception of a time when my home Internet connection might be flaky.

The experience is much the same on my iPhone and iPad. There’s a bit less consistency here, though, if I’m in the same room as one of my HomePod speakers. In these cases, it might be my iPhone or iPad that invokes, Siri, or it could be the smart speaker. This is fine if I’m sending a text or turning one of my smart home accessories on or off, but it’s totally useless when it’s something I want visible, like a web search.

Then there are the times when Siri fails on the HomePod. I’ll make a request I definitely want my smart speaker to handle, and … nothing. It’s not an Internet connection issue, because everything else is running fine.

Maybe I’ll get a response that something went wrong. If I’m trying to play music or set an alarm or timer, Siri may reply, “I didn’t hear back.” That just leaves me wondering, especially for alarms and timers, didn’t hear back from whom?

I can deal with those issues, though, to an extent. Usually, a simple reboot of the HomePod clears it right up. Sometimes I don’t even need to do that; repeating my request does the trick.

What really bugs me is Siri’s CarPlay integration. If I invoke Siri on my iPhone, iPad, or HomePod, it’s almost instant. I can just say, “Hey Siri, play me some Halestorm,” and we’re rocking out. Not so in the car.

No, with CarPlay’s Siri integration, I have to invoke her and then wait for the tone. It’s like I’m calling an old-fashioned IVR that doesn’t let me punch in the option I want until it’s read them all off. If I don’t wait for the tone, Siri might get my request right, but more than likely she won’t.

Prior to iOS 15, this was completely normal. Siri absolutely had to “phone home” for each and every request or command. When Apple seeded the first beta of iOS 15, though, the voice assistant gained some autonomy from Apple’s servers.

As of iOS 15, all of Siri’s speech processing and personalization is supposed to happen on your device. This makes Siri more secure, as well as faster at processing requests. The voice assistant can even function without an Internet connection for many tasks, like launching apps, pausing music or podcast playback, or controlling system settings.

Granted, doing things like sending a message or getting the current weather still requires an Internet connection. If you try one of these while offline, Siri will respond with “To do that, you’ll need to be online” or “I can help with that when you’re connected to the Internet.”

All of this seems to go out the window with CarPlay. I hold down the voice command button and say “Hey Siri,” but then I have to wait for the assistant’s rainbow orb to appear, the chime to sound, and then I can make my request. Even more frustrating, when Siri needs me to clarify something, I have to wait again for the chime.

Let’s Get the Siri Voice Assistant On the Same Page Everywhere, Apple

It’s not a consistent experience. It should be, since my car is just “channeling” Siri from my iPhone. It’s not, though, and I’m baffled to figure out why that would be.

Apple, if you really want to maintain the bragging rights of being the most user-centric platform for mobile devices, computers, and so forth, you need to make Siri a more consisten voice assistant. Remembering that I need to call on Siri, wait for the beep, and then make my request in some cases but not others isn’t sophisticated. It’s not refined. It lacks consistency.

The same goes for the enigmatic “I didn’t hear back” complaint from my HomePod mini devices. Timers and alarms are supposed to be handled on-device, so make sure they are on all of our Siri hosts, not just a few of them.

So am I the only one that randomly has Siri’s voice change on my iPhone? Doesn’t do it any other place so far …

I haven’t yet experienced that.

I’ve experienced something like that, I think, usually related to being in an area with weak cell reception.

Seems like whenever I Really Need It, then it is offline entirely. And when I do use it… ah well, it seems okay for setting the timer on my watch. Whoopee.

Siri is useless except for setting calendars and reminders.

Strange, I described several other uses for Siri besides those. Heck, I didn’t even mention those two.

I use it for controlling Home lighting scenes and switches. But sometimes when I say “Hey Siri, turn on Nightlight” instead of turning on dim light the HomePod plays music. “Turn on” should be for HomeKit devices, “Play” should be for music.

And of course there are occasions when Siri responds to a “Hey Siri” on a TV show.