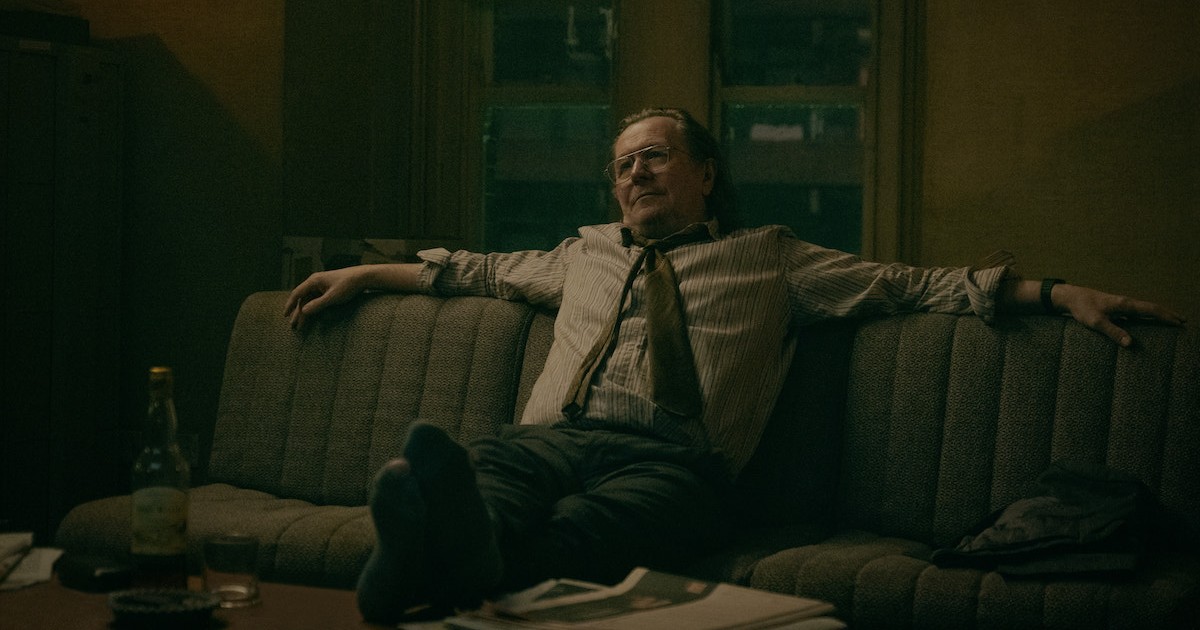 The Apple TV+ spy drama Slow Horses is receiving an order for two more seasons. Starring Gary Oldman, this news follows the season one premiere back in April. Season two is set to arrive later this year.

At the end of season one of Slow Horses, Apple teased that the show will return soon with all season two episodes already filmed.

Following this additional order, that means Slow Horses will run for at least four seasons. Each season follows the plot of a novel by Mick Herron in the Slough House book series. Respectively, seasons three and four will follow the stories of Real Tigers and Spook Street.

In season three of Slow Horses, Jackson Lamb’s disgraced spies work together to foil a rogue agent when one of their own is kidnapped. Season four opens with a bombing that detonates personal secrets, rocking the already unstable foundations of Slough House.

Production is most likely going to begin soon for the newly ordered episodes. Both season one and season two are comprised of six episodes. Currently, it is unknown how many episodes will be in season three and four.

Slow Horses follows the story of a team of British intelligence agents who serve in a dumping ground department for MI5 agents. The team is led by a brilliant though troublesome leader, the legendary Jackson Lamb.

The series is also known for having the intro song being written by Mick Jagger. It is the first TV show theme song in the legendary singer’s career. The song was written in collaboration with Daniel Pemberton, who earned an Oscar for his work on The Trial of the Chicago 7.

Apple TV+ is having an incredible year in terms of fresh content. With luck, it should be an award winning season for the streaming service.