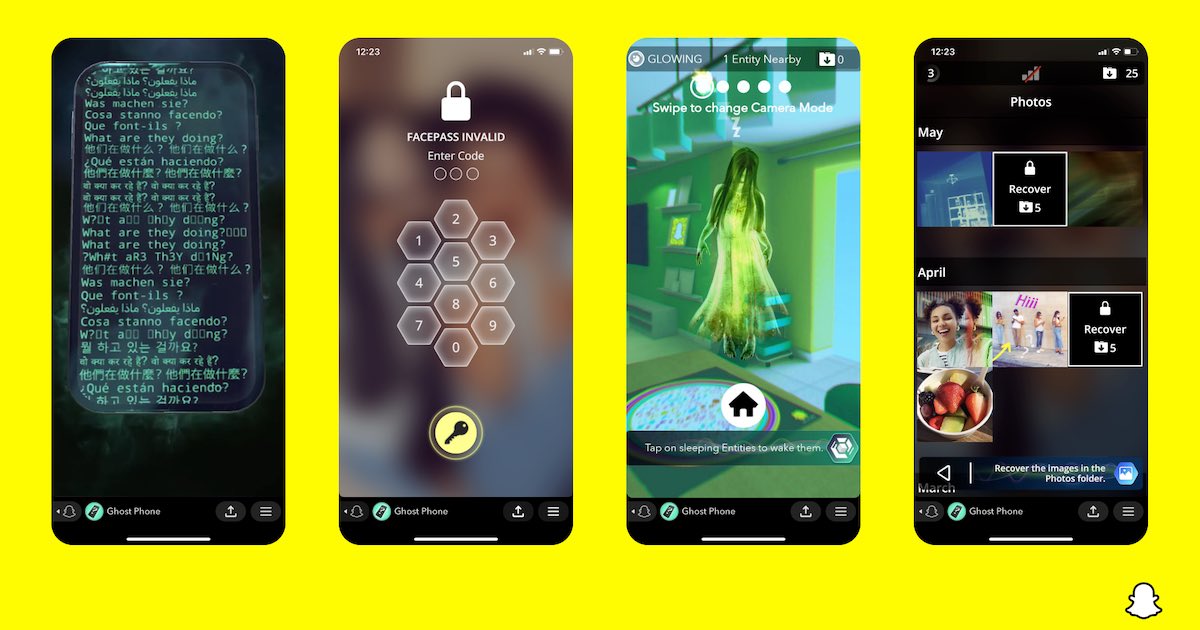 Today Snapchat has introduced a new augmented reality game called Ghost Phone. Within Ghost Phone, users can discover the secrets of an abandoned phone while solving the supernatural mystery of what happened to the previous owner. Users will then arrive face-to-face with spirits in thanks to augmented reality.

SnapChat Brings ‘Ghost Phone’ For Fans of the Paranormal

In terms of Snap, the company has released several Bitmoji-styled games in the past, but this is one of the first to feature AR. Last month, the social media giant joined forces with game studio HiDef to develop a social dance game. The game is expected to launch in 2023.

After playing around with Ghost Phone for a couple of minutes, the game definitely has potential, and is more fleshed-out then you would expect from a game on social media. While it doesn’t necessarily remind me of Pokémon GO, fighting ghosts in the Snap game feels awfully similar. Furthermore, the storyline itself may also attract those that are a fan of horror and mystery. For those curious, its definitely worth a try.

Do you plan on playing Ghost Phone? Are there any other games you’re playing on Snap? Let us know in the comments.