The stars and creators of Apple TV+ hit The Morning Show discussed a number of key themes and factors in the award-winning show in a recent panel for Deadline. It made it clear, if it wasn’t already, just what an effect the #MeToo movement had on the development of the series.

#MeToo and ‘The Morning Show’

“It was the summer before we were getting ready to go, and then the #MeToo movement happened and we had to incorporate that into the show of course,” said Jennifer Aniston, who starred in and was an Executive Producer on the series. Showrunner Mimi Leder said that “We really had to incorporate what was happening in the world and really get into the complexities and nuances. And we had to do it with each of our characters. … They all have some sort of discovery, or epiphany and/or growth or explosion.” 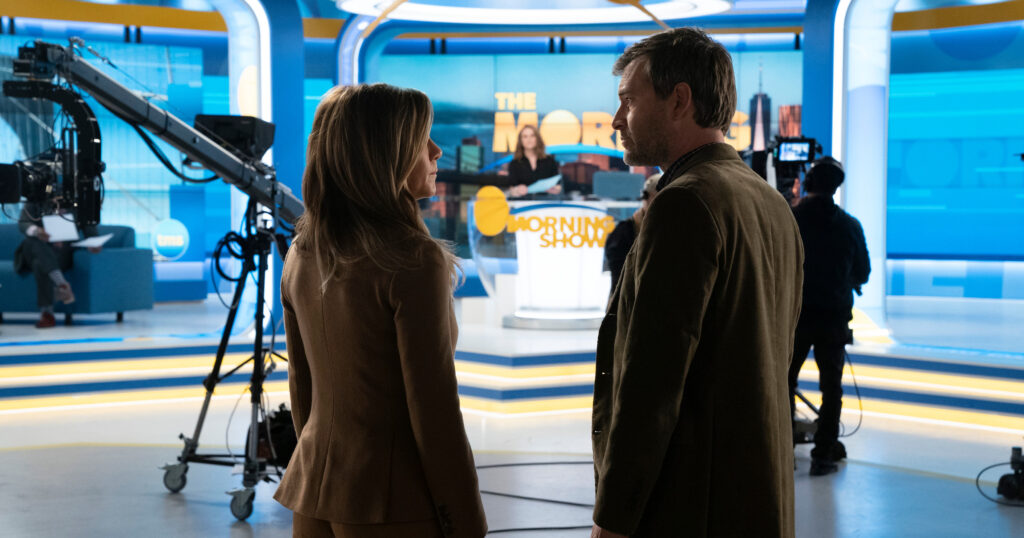 Character evolution was something touch on by Mark Duplass too, who plays the fictional breakfast show’s producer, Chip. “You start to realize that just because you are not actively doing bad things doesn’t mean you are on the right side of the story. It’s a journey all are going through right now,” he added. “It’s not enough to just be passively not bad, you have to be actively routing out that toxic behavior.”

As with series one, series two of The Morning Show will be heavily influenced by real-world events. Upcoming episodes are being rewritten to include the COVID-19 pandemic.