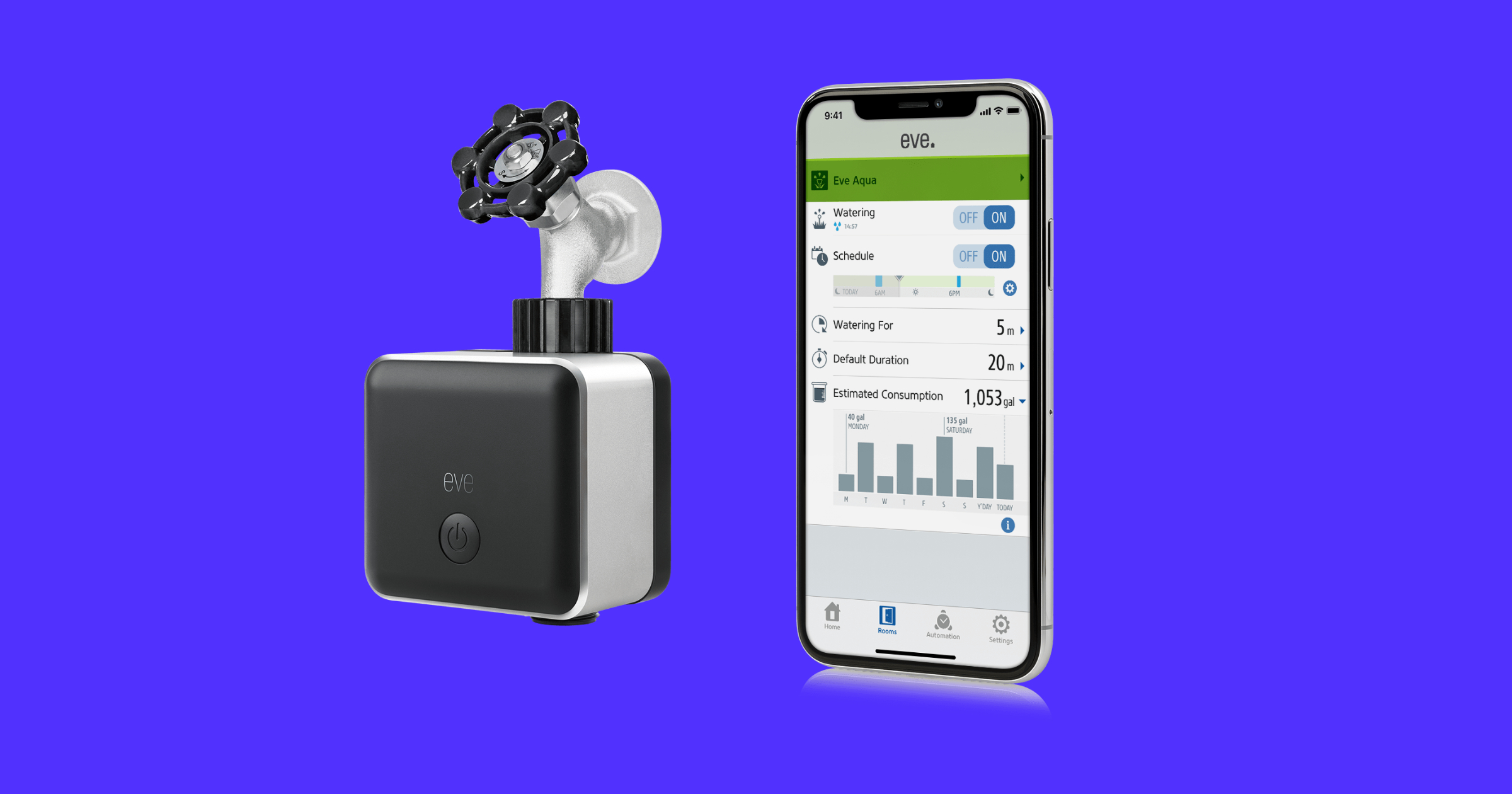 Eve Systems announced on Thursday that it added Thread support for Eve Aqua in its latest firmware update.

As I wrote in previous Eve announcements, Thread is a new network protocol. Like Wi-Fi and Bluetooth, Thread lets devices talk to each other, except it’s a mesh-based protocol that doesn’t rely on a central hub device for smart home products.

Eve Aqua is a HomeKit-connected water controller that you connect to an outdoor faucet. It lets you set up customized watering schedule and monitors water consumption. Eve Aqua connects to a Thread network automatically. The Thread network view within the Eve app displays the status and connection quality of the Thread network.