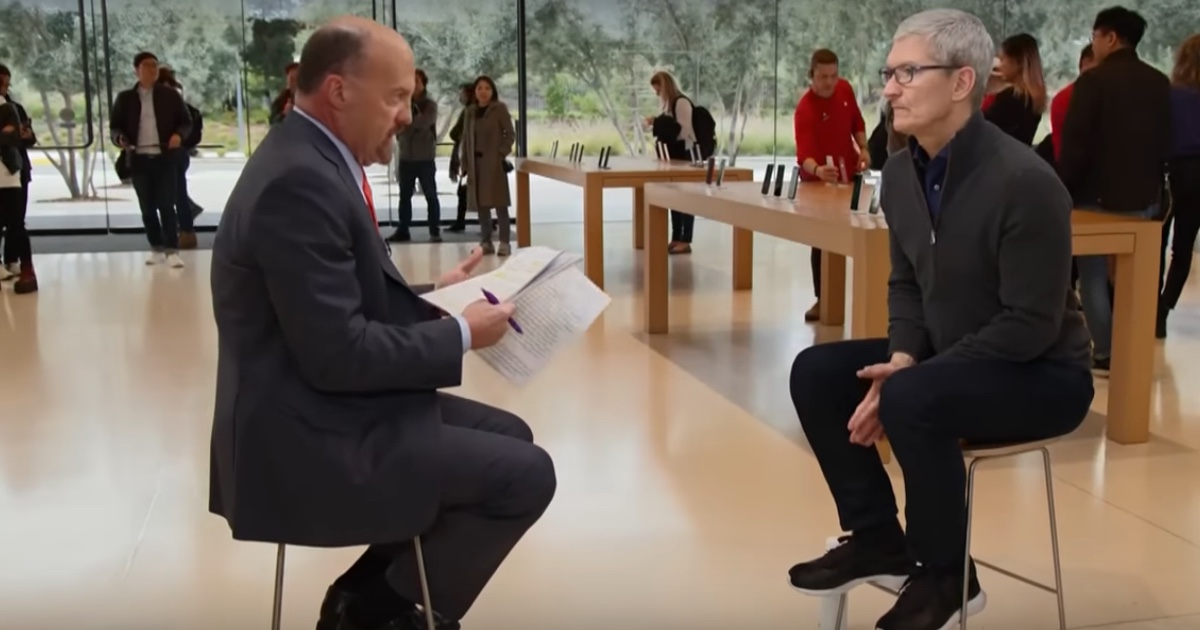 Apple CEO Tim Cook promised new services from the company this year on Tuesday evening and emphasized its continued work in healthcare. In an in-depth interview, he branded talk of constant settlement talks with Qualcomm as “fake news”. He also addressed Apple’s recent profit warning and subsequent stock market slump.

New Services in 2019 and a Focus on Healthcare

During the discussion on CNBC with Jim Cramer, Mr. Cook said: “You will see us announce new services this year. There will be more things coming.” He declined to gives specifics, but added: “They’re things that we feel really great about, that we’ve been working on for multiple years.”

The Apple boss put particular emphasis on healthcare. He said it is Apple’s “most-important contribution to mankind”. He stated that with products like the Apple Watch, ResaearchKit and CareKit Apple was “democratizing” healthcare. “We are taking what has been with the institutions and empowering the individual to manage their health. And we’re just at the front end of this,” Mr. Cook explained.

The interview came in the wake of Apple’s recent revenue miss. Mr. Cook said that he felt “Apple is not well understood in some of Wall Street.” He explained that while some analysts “believe the most important metric is how many iPhones are sold in a given 90-day period or what the revenues is. This is far, far, far down my list.” Mr. Cook also said he felt the current pressures caused by a slower Chinese economy and a U.S. China-trade war are “temporary.”

The ongoing battle with Qualcomm looms large over Apple too. Mr. Cook explained: “The issues that we have with Qualcomm is that they have a policy of no license, no chips. This is, in our view, illegal.” He also said that he believes Qualcomm did not meet their “obligation to offer their patent portfolio on a fair, reasonable, and nondiscriminatory basis.”

Mr. Cook dismissed talk that the two companies are in regular settlement talks. He said that they had held no such discussions since the third quarter calendar quarter of 2018. He also appeared to suggest that Qualcomm had paid someone to write fake news and then promoted it.

Qualcomm hit back following the interview (via 9to5Mac). The chipmaker issued a statement that said the comers were “misleading and appear to be a deliberately timed attempt to tarnish our company’s reputation.” It added: “We have been consistent for the last 18 months in making clear that we have, at various times, been in discussions with Apple about a possible resolution to our licensing dispute.”

Sorry Timmy, you are full of CRAP. So now he doesn’t care about iOS device sales “well down the list” and then talks of the failed watch (despite sales – it’s not a “thing” like iphones were) and “services? What a joke. What happened to innovation? What happened to your hirings – the Car guys – nothing; the AR guys – ZIP; the AI guy they hired? Siri is still a joke compared to Amazon and Google – Siri name me some Italian restaurants in Boston. “I don’t know where you are, please turn on Wi-Fi” uhhh, NO Siri you… Read more »