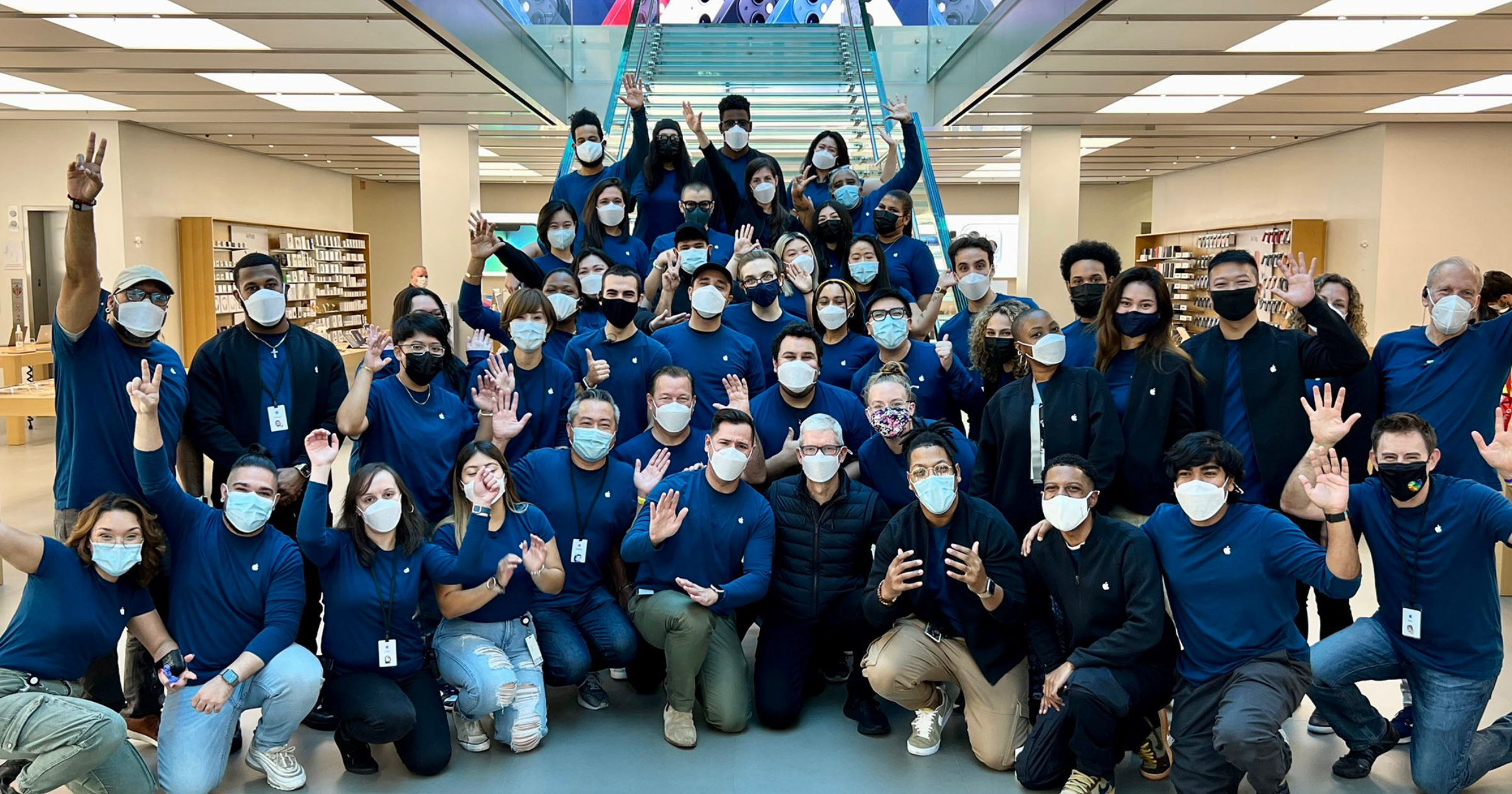 Tim Cook was out and about in New York City on Friday. He visited staff in a retail outlet, as well as the boss of an app that was included in Apple’s Best of 2020 list.

Business and Pleasure: Tim Cook Takes in Apple Store and Some Art

He also met with the co-founders of self-care app shine, which was named in Apple’s ‘Best of 2020’:

Great catching up with @Naomi_NYC and @Marahml to hear about how they’re using @TheShineApp to fight stigmas surrounding mental health issues. Itâ€™s another powerful example of how technology can be used to help improve peopleâ€™s lives. pic.twitter.com/QQLn7Kq717

Of course, it wouldn’t be a trip to New York City without visiting an art gallery:

Really enjoyed the â€œINWARDâ€ exhibit at @ICPhotog earlier today. Such a beautiful display of moving photography, and all captured on iPhone! pic.twitter.com/cymaM0aobk

Perhaps it is no surprise that Mr. Cook is in New York. Apple recently opened a new retail outlet in The Bronx, meaning it now has one in all five boroughs.