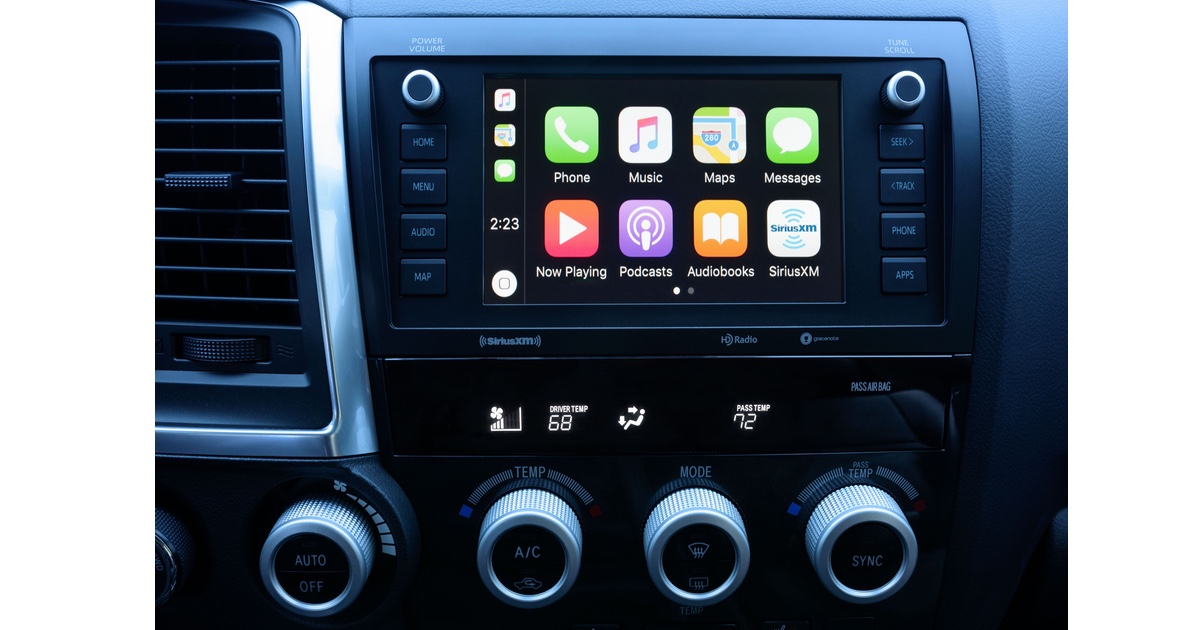 A number of Toyota’s 2020 models are set to get AirPlay as standard. The company made the announcement Thursday, in the run-up to the Chicago Autoshow. Volkswagen also announced that, for the first time, one of its vehicles will support Apple’s in-car technology.

Toyota said that all 2020 Sequoia, Tundra, 4Runner, and Tacoma vehicles will utilize an updated audio system. The vehicles will support CarPlay, as well as Android Auto and Amazon’s Alexa. The company also added that the Sequoia and Tundra CrewMax TRD Pro have been upgraded with JBL Premium Audio and Navigation. That feature remains standard in 4Runner and Tacoma TRD Pros.

Volkswagen was one of the first half-dozen automakers to include CarPlay in nearly every model beginning in 2015. My 2016 Passat has CarPlay and I happily use it daily.

The only Volkswagen models sold in the USA that did not feature CarPlay are the Touareg (discontinued in USA), and the CC (discontinued and soon to be replaced by the Arteon).

This article should be revised because it’s almost entirely false. Toyota has recently embraced CarPlay in 2018.

Volkswagen has been offering CarPlay and Android Auto capability since 2016 in the Passat and nearly every other model they make.

I’m a little confused by this article. My 2017 Golf (basic model) came with CarPlay standard.