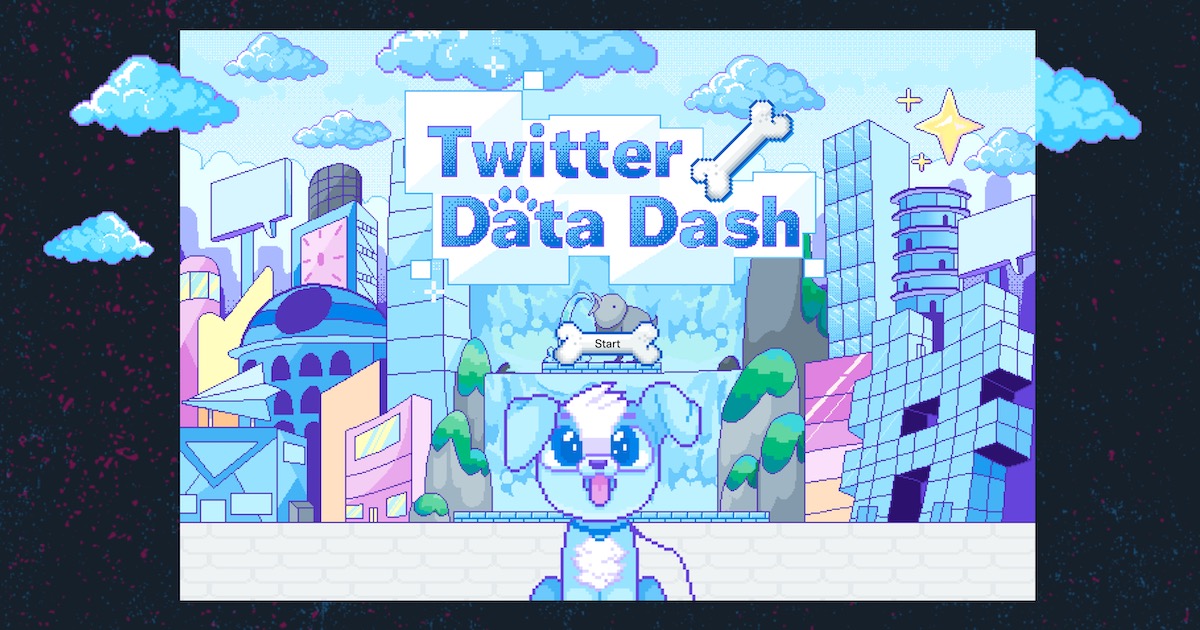 Momo Pixel, an artist and game designer, created the game for Twitter. For the unfamiliar, she also created the 8-bit online game Hair Nah, which became a viral hit in 2018. In fact, those who’ve played the earlier game might be reminded of it when they play Twitter Data Dash.

On the game’s web page, users (or gamers for that matter) will be welcomed by a short statement that clearly states the purpose of the game:

The Twitterverse can be tricky to navigate if you don’t know your way around. So we made a game to help you understand our privacy policy a little better.

Then it proceeds with a straightforward statement of the game’s mechanics.

Welcome to PrivaCity! Get your dog, Data, safely to the park. Dodge cat ads, swim through a sea of DMs, battle trolls, and learn how to take control of your Twitter experience along the way.

As soon as a player clicks on the “Start” button, the language option page will pop up. The game gives players 9 language choices to choose from, including English. After choosing the language, the game will begin with a welcome statement and brief objectives of the game.

It’s a beautiful day in the Twitterverse! Hit the streets of PrivaCity with your best pal, Data, for a walk to the park. Follow the prompts to keep him safe, and learn how to control your own Twitter experience along the way.

Twitter Data Dash also gives the players four character options. In terms of game levels, this title offers four. Players don’t necessarily have to go through the levels consecutively to finish all four levels. They may opt to play level 4 first, and so on.

The Game Could Be Effective for Some, But Maybe Not To Others

That being said, this method of disseminating privacy policy could either be effective or not, depending on the individual. There may be some Twitter users who will appreciate a fun way of informing them of the social network’s privacy policy, while others may simply ignore the objective of the game. Some users might just play level 1 and then skip the rest of the levels. If that’s the case, the purpose of the game will be defeated.

Still, it’s worth checking out Twitter Data Dash and playing it for the sheer novelty of the 8-bit online game. Sentimentalists may find it amusing and fun to play for a good while. Hopefully, by the time they decide to stop playing, the game has already fulfilled its purpose to disseminate Twitter’s privacy policy to the user.