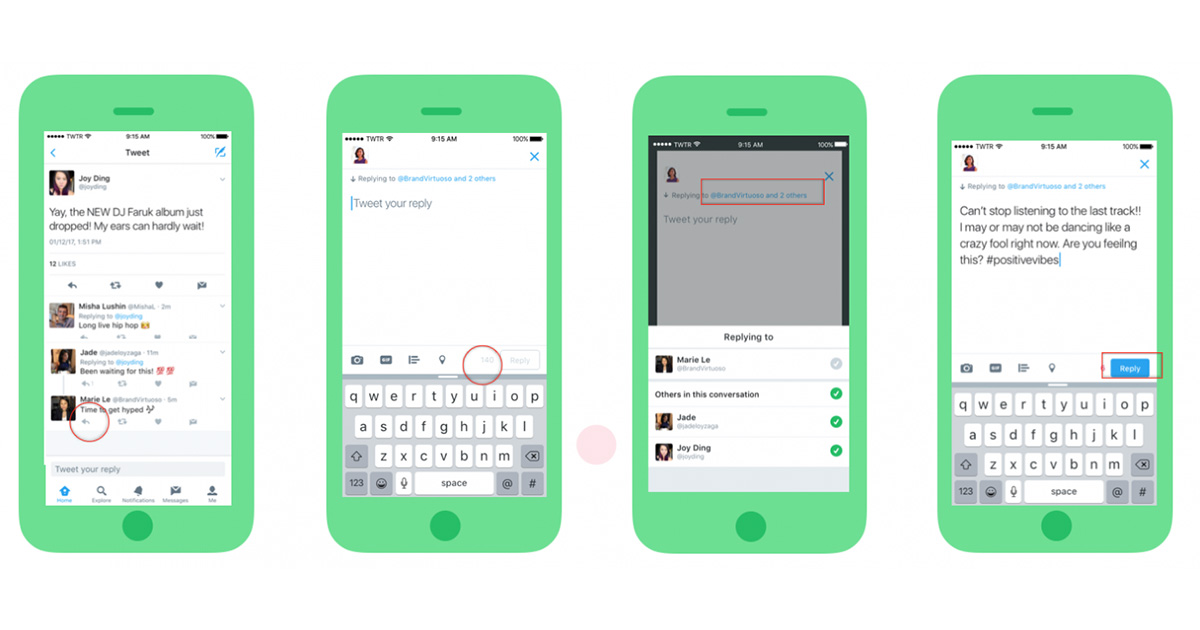 Twitter has been quietly changing how replies work for some users over the past few days, but now it’s official for everyone: user names no longer count towards the 140 character limit. The change means you tweets don’t have to be as short when several people are included in your replies.

Previously, including a user name in a tweet counted against your 140 character limit, so a post like “@davehamilton You should check out Twitter’s reply changes” was counted as 58 characters. Now that same tweet counts as 44, assuming you also remove the space after Dave’s Twitter handle.

Twitter product manager Sasank Reddy said, “It’s now easier to follow a conversation, so you can focus on what a discussion is about, and who is having it. Also, with all 140 characters for your replies, you have more room to participate in group conversations.”

The change is automatic, so you don’t need to worry about remembering to install updates or change any account settings.

With that off the to-do list maybe Twitter’s engineers can start working on letting us edit posts.