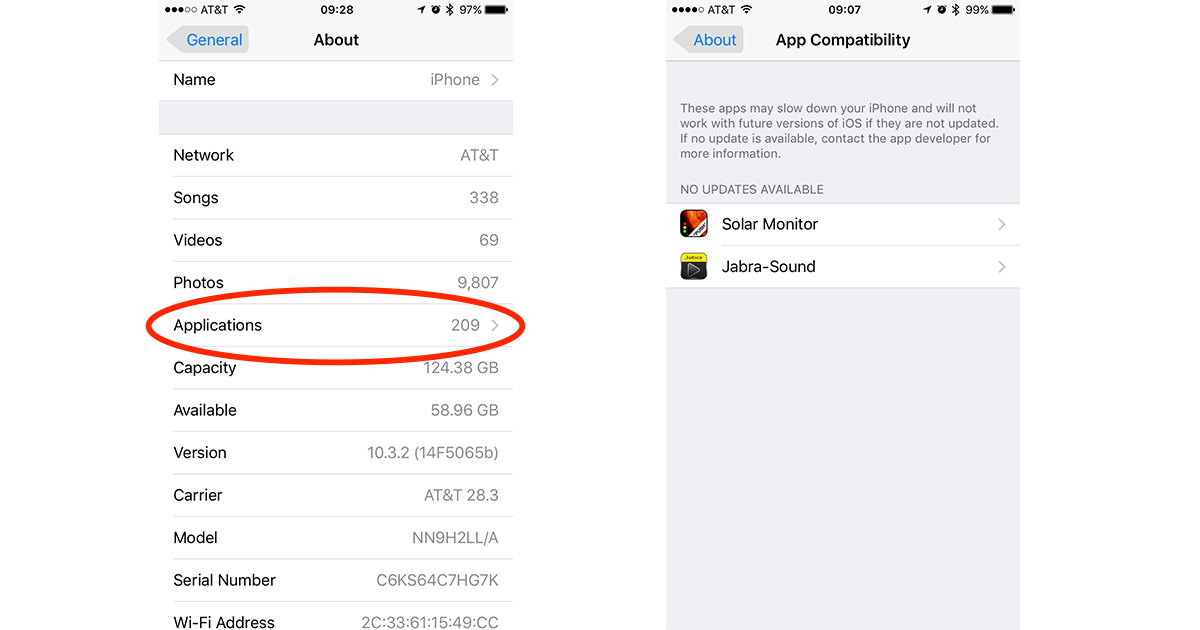 To see if any of the apps on your iPhone, iPad, or iPod touch are 32-bit without a 64-bit update available do this:

Now you’ll see the App Compatibility list showing all of the installed apps that are 32-bit and don’t have a 64-bit update. In my case that’s Solar Monitor and Jabra’s app for controlling its Bluetooth earpod settings.

Unfortunately, Soloar Monitor was last updated in July 2012, so I’m not holding out much hope for that. Jabra, however, needs to hop to it before customers lose some earpod functionality.

It would probably be a good idea to indicate that to make this check of Applications 32-bit vs 64-bit, the device needs to be updated to iOS 10.3.

When you posted your comment, did the title of this tip not start with “iOS 10.3:” ?

Unless the title of the tip was indeed edited after your post, I do believe they’ve already done exactly as you suggest. 🙂

When I follow the instructions provided, and tap ‘Applications,’ nothing happens. I tried it on my iPad and my iPhone, both recent models (iPad Mini 4 and iPhone 7+). There are not yet updated to iOS 10.3, however.

It would probably be a good idea to indicate that to make this check of Applications 32-bit vs 64-bit, the device needs to be updated to iOS 10.3.

If that’s what the problem is when attempting the ‘tap Applications’ step.