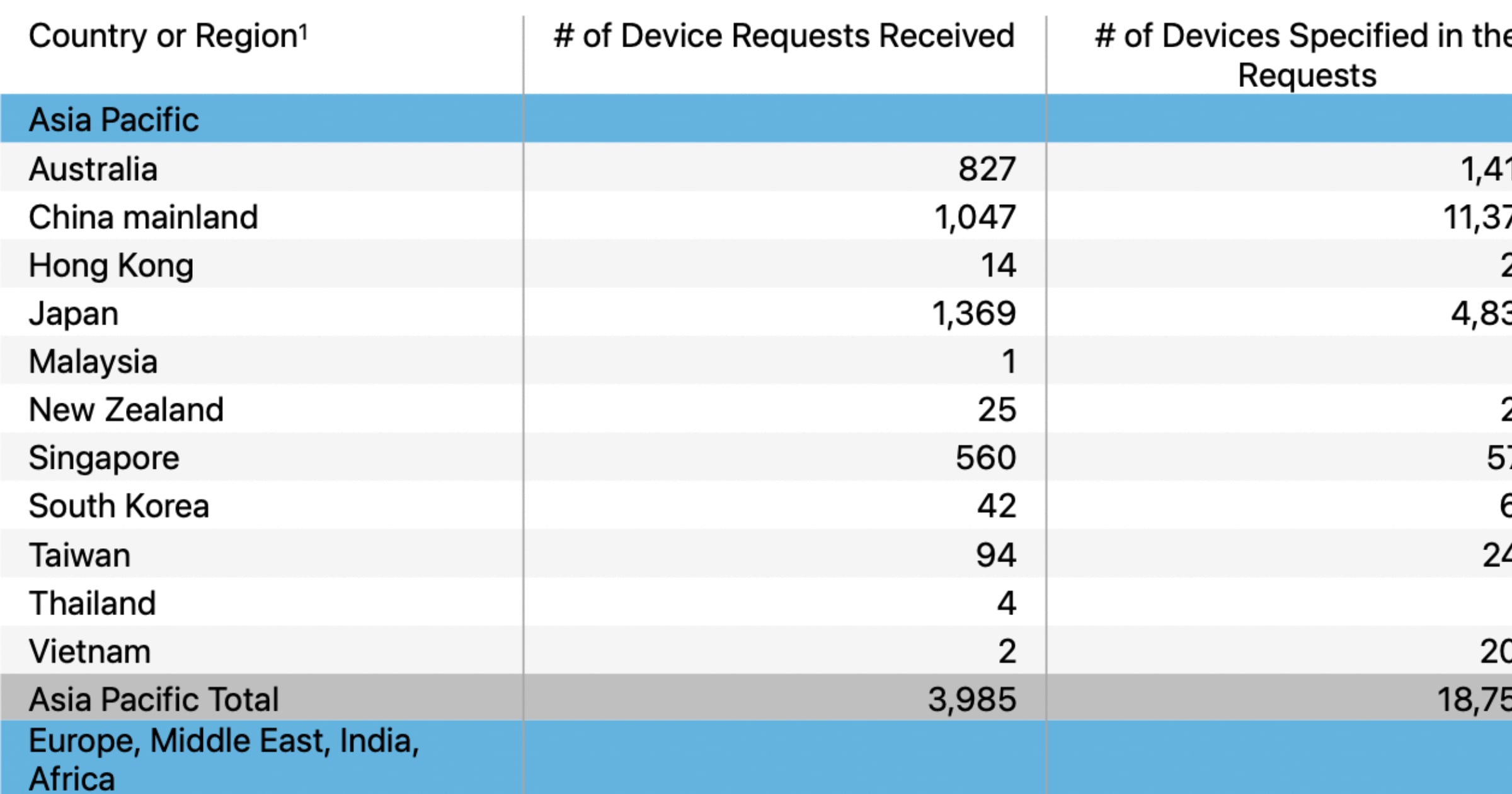 Apple has released its transparency report [PDF] for 2020. These include data requests about Apple customers from governments and law enforcement. The company says it received 83,307 government requests and provided data 77% of the time.

Apple says these “account-based requests generally seek details of customers’ iTunes or iCloud accounts, such as a name and address; and in certain instances customers’ iCloud content, such as stored photos, email, iOS device backups, contacts or calendars.” The United States isn’t the only country to seek this information. As an example, for broad device access the US sent 4,025 requests for 11,581 devices and received data from 3,3,04 devices.

The document also says “for requests seeking to restrict/delete a customer’s Apple ID, Apple requires a court order (including conviction or warrant) demonstrating that the account to be restricted/deleted was used unlawfully, except in situations where the case has been verified by Apple to relate to child endangerment.”

It’s likely a greater percentage of Apple users will receive those requests once iOS 15’s CSAM detection/reporting comes into play.