Apple has redesigned its transparency website to make it easier to understand the transparency reports it produces. It makes a list of government device requests in an easily understandable format.

In the past, Apple’s transparency reports were delivered in the form of a PDF. They were written in a sort of legalese that made it hard for non-lawyers to read. The new website has a country-by-country breakdown, with charts, sliders, and categories. If you prefer the PDF format, those are still available. You can also download CSV files to dive even deeper into the data. 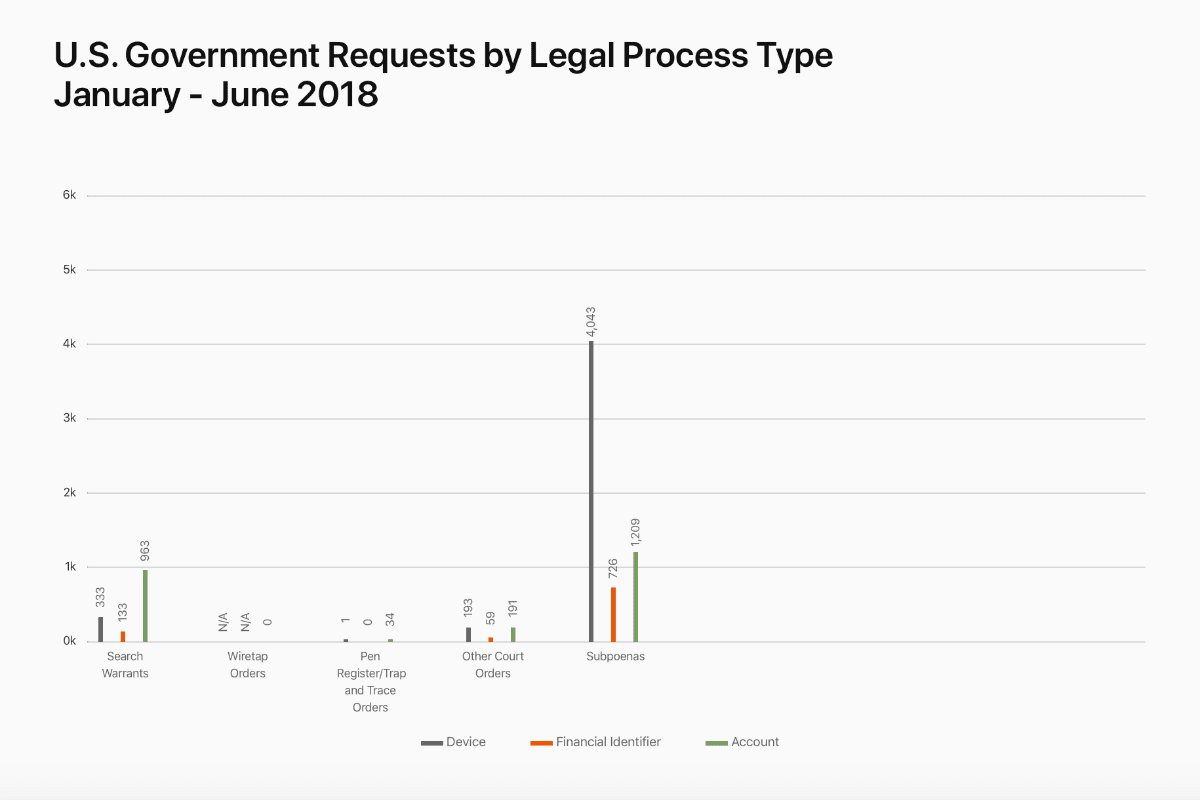 You use the slider to scroll through the countries, and there is a drop-down menu that lets you pick the date range for transparency reports. Another new feature is that Apple is giving data on national security requests in groups of 500, instead of 250. This is to standardize it with what other companies are doing. FISA data is further broken down into categories like photos, emails, contacts, and device backups.