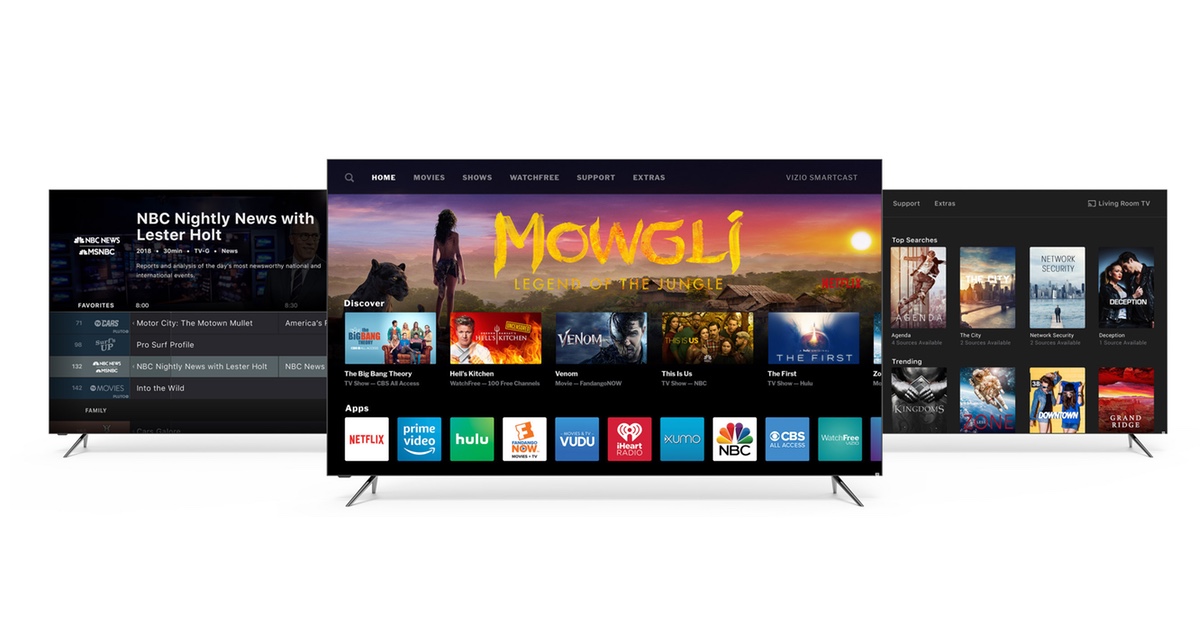 Both VIZIO and Sony used CES to announce that they will integrate AirPlay 2 and HomeKit into their smart TV offerings. Vizio revealed SmartCast 3.0 will support the software. Sony said it will add the features to its Android-powered televisions. LG announced its TVs will also integrate with AirPlay 2.

VIZIO announced Monday that the latest version of its SmartCast TV platform will work with Apple’s AirPlay 2 and HomeKit. It means that users will be able to play videos, music, photos and other media from their Apple devices to TVs running SmartCast. VIZIO said that registered beta members in the U.S. and Canada will be able to try out the feature in the first three months of 2019. The full product will roll out in the second quarter of the year via a free update.

Users will also see their VIZIO SmartCast TVs added to their Apple Home app, thanks to new integration with HomeKit. The TVs will be included in scenes and automations like other HomeKit accessories. It will also be possible to change a TVs volume or switch inputs using an iPhone or iPad, and ask Siri to play media via AirPlay 2.

Bill Baxter, VIZIO’s Chief Technology Officer, said: “At our core, VIZIO is committed to delivering value. SmartCast 3.0 is one of the ways we’re doing just that. By adding support for Apple AirPlay 2 and HomeKit, users can play content from their iPhone, iPad and Mac directly to SmartCast TVs, and enable TV controls through the Home app and Siri.”

Sony announced that its televisions will support AirPlay 2 and HomeKit too. Its new A9G OLED 4K, Z9G 8K LCD sets and the X950G Series will get the capability. The move is particularly notable given that Sony’s TVs run on Android. The only other major integration of Apple AirPlay and Android is the HTC 10 smartphone, which natively supported AirPlay (via The Verge).

LG also said it will integrate AirPlay 2 into their TVs. The announcements came shortly after Samsung revealed that some of its televisions would not only run AirPlay 2 but have an exclusive new iTunes Movies and TV Shows app. Furthermore, they will allow an iPhone to act as a remote.