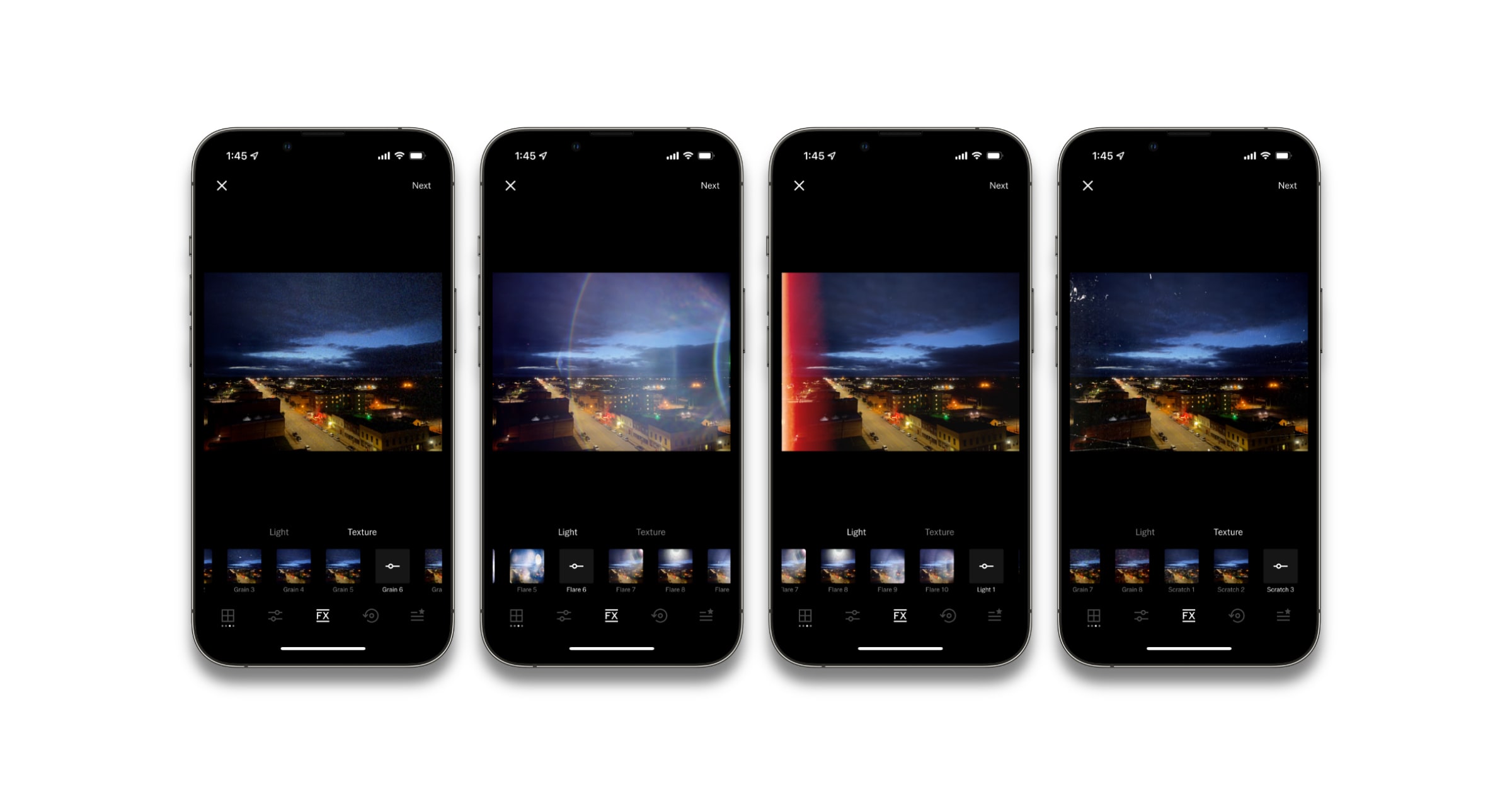 VSCO has added a new tool for users that appears in the photo-editing view. It’s an interesting way to further edit and customize your content, especially if you like the retro look of dust and flares.

Update: VSCO tells me the feature will officially launch on October 19 for members subscribed to the VSCO X program.

For photos you’ll see options to add flares, light leaks, grain, dust, and scratches in the Light and Texture fields. For videos there is VHS, Glitch, Kaleido, and a lovely Chroma rainbow style.

According to a VSCO support article, this is a feature rolled out to members in the VSCO Beta app on October 13. However, I’m not in the beta program and I’m seeing this in the main app, so maybe you’ll see it too. VSCO says you can share your creations on social media using the #vscofx hashtag.