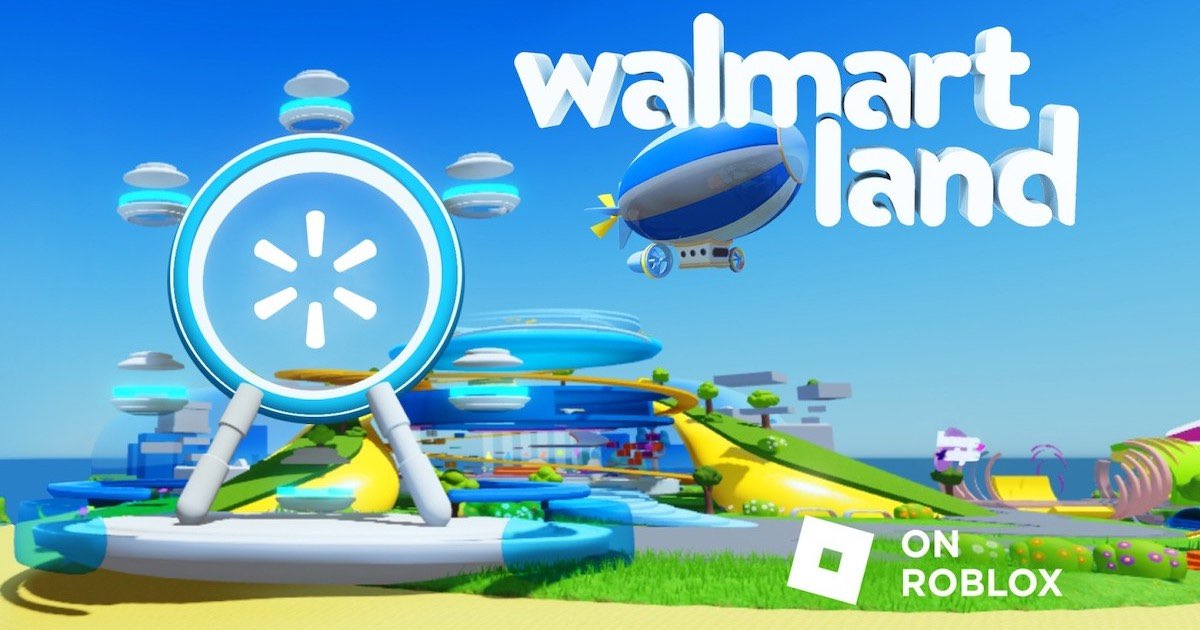 Reports indicate that Walmart is launching a pair of “immersive experiences” through the online gaming platform Roblox. While the retailer is presenting the launch as a move into the Metaverse, critics believe the new “worlds”, known as Walmart Land and Walmart’s Universe of Play, are little more than an opportunity to advertise toys to children.

Currently, Roblox has more than 50 million daily active users, and two-thirds of them are under the age of 16. Critics are suggesting that the retailer experimenting with virtual worlds is a move to try and hook this market.

Both Walmart Land and Universe of Play are virtual lobbies. Within these lobbies are a variety of mini games and experiences, which includes a Ferris wheel, an “interactive piano walkway” and a DJ booth. According to reports, the different experiences are a chance to lead players toward particular brands.

As an example, the virtual dressing room allows players to spend coins obtained in Walmart Land in order to dress an avatar with Skullcandy headphones or a Fitbit fitness tracker. Meanwhile, Universe of Play sees users racing Razor scooters or hanging out with PAW Patrol characters.

However, while critics are are noting the obvious advertising, many are also wondering if this is worth the company’s time. While there is a public display of Walmart Land’s achievements, it can be shown that at least 200,000 users managed to land the “Welcome to Walmart Land” badge, which is obtainable by simply logging into the game. However, other achievements, such as getting a token at the top of said Ferris wheel, has only been obtained by around 34,000 users.

Getting In on a New Market

Of course, some users on Twitter are also poking fun at Walmart’s new “Metaverse experience”. Twitter user and writer Zack Zwiezen (@ZwiezenZ) shared a video to Twitter showing Walmart’s Chief Marketing Officer addressing a crowd of one within the new Walmart Land.

While it may be a bit too early to call Walmart Land an intentional cash grab, as noted by James Vincent for The Verge, advertising within the Metaverse is nothing new. However, the new worlds created by Walmart, at the very least, seem tone-deaf to the generation they’re trying to reach.

Though the average adult may see this news and roll their eyes, the generation Walmart is after likely wouldn’t do the same. Of course, Walmart Land is still relatively knew, so it will be interesting to see what success the company may or may not find through their new Metaverse.

What are your thoughts on Walmart Land? Would you let your children explore this Metaverse? Let us know in the comments.