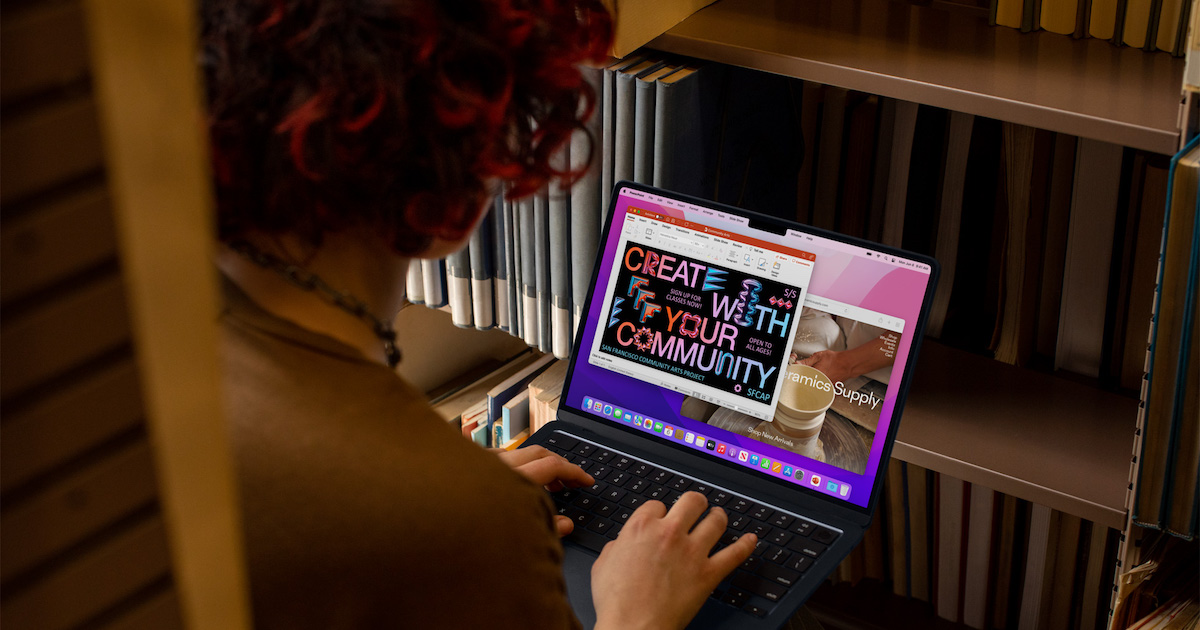 If you’re looking for a thin, light but still powerful laptop, you absolutely should consider the 2022 MacBook Air. With its M2 processor, a uniformly thin chassis similar to that of the MacBook Pro and extremely light weight, it’s the perfect travel laptop for many. In fact, its total weight puts it lighter than an iPad Pro and Smart Keyboard combination. While it costs less than a MacBook Pro, it may still be too expensive for some budgets. Fortunately, Amazon is offering a significant discount on the latest MacBook Air, allowing you to see up to 10% in savings.

The Latest MacBook Air is a Powerhouse

The M2 MacBook Air is a fairly powerful laptop, all in all. While yes, it may throttle the CPU cores under heavy load to prevent overheating, it’s still a significant upgrade over the previous generation MacBook Air. Even better, as previously noted, the computer is only less than half an inch thick and weighs just 2.7 pounds.

The 13.6-inch screen is a 2,560 x 1,664 Liquid Retina display, offering a gorgeous picture rich in color and contrast. It offers a decent amount of screen real estate, even after you take into account the webcam tucked into a screen notch.

Apple has packed the M2 MacBook Air with improved speakers, a MagSafe power adapter and two USB-C ports for connecting other devices. The USB-C ports support charging, external monitors and data transfer up to 40Gbps. The M2 processor is beefy enough that the MacBook Air is almost comparable to the 13-inch MacBook Pro.

Not All Models Are Created Equally, Though

It is important to note one thing, however. In designing the M2 MacBook Air, Apple opted to use a faster SSD device on the 512GB model than the base offering. While many might never notice a difference, anybody working with sizable video editing tasks will welcome not only having more internal storage, but faster speeds.

The bigger, faster SSD comes with a decent price increase, though. While the 256GB M2 MacBook Air is regularly priced at $1,199, its more capacious sibling is significantly higher priced. In fact, a 512GB model normally starts at $1,499.

That’s not just paying for the extra storage space, though. The extra $300 also gets you two more GPU cores for those video editing tasks. Apple also includes a 35W Dual USB-C Port Compact Power Adapter with this model, instead of the 30W one.

But, we told you there was a deal. Such a deal.

Note, too, this lower price tag only seems to apply to the Silver, Space Gray and Starlight options. If you go with Midnight, you’ll still save some cash, but not as much: it’s priced $100 lower than retail, at $1,399.

Still prefer the 256GB MacBook Air? Amazon has a savings for you there, too.The retailer is offering 8% off the normal price, bringing the smaller M2 MacBook Air down to just $1,099. That’s still $100 off. That discount is for all color options, too.

Also worth noting, each model is available with Prime shipping for eligible customers. Not only will you save a good chunk of change, but you’ll have your shiny new MacBook Air in a hurry. This is totally unlike our own Arnold Zafra’s experience trying to find one to buy in Singapore shortly after launch.