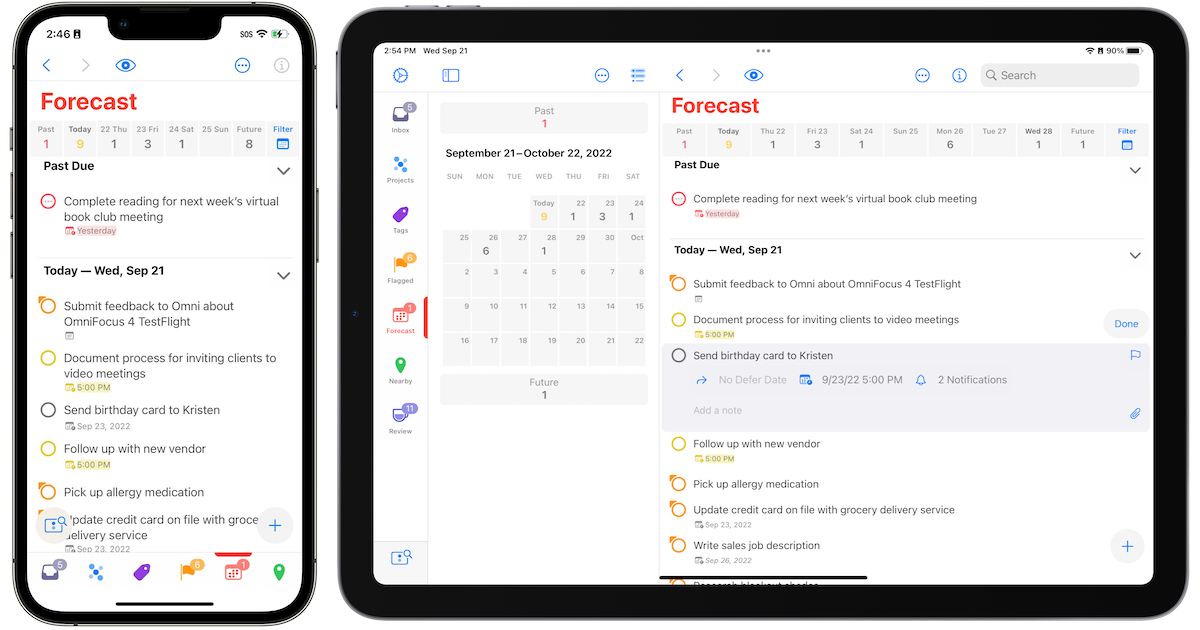 One of the most popular task management apps for iPhones, iPads and Macs is the powerful OmniFocus. The fourth version of the app has been in development for some time, adding a wealth of new features and improvements across all platforms. Monday, the team working on the latest version announced OmniFocus 4 for Mac is joining the iPhone and iPad apps in Apple’s TestFlight program.

Added Features Coming to OmniFocus on the Mac

The Omni Group has been working on this for a long time. While some may have bemoaned how long OmniFocus 4 has been in development, I’ve spoken with several members of the team. They absolutely do not want to rush a subpar product out the door, so they’ve been working diligently to refine the new features and improvements before bringing the TestFlight build to the Mac.

One of the highlights is the addition of nearby perspective and location-based tags to the Mac app. OmniFocus has long offered this for its iPhone and iPad apps, but never the Mac. With so many folks working from home or in hybrid schedules where they spend time in both their home and corporate offices, this is a welcome feature.

OmniFocus 4 for Mac will also improve on the Forecast functionality, allowing users to manually re-order the lists and choose to display flagged items or tasks with scheduled notifications in Forecast. The app also boasts an enhanced task outline, which now supports adding more metadata fields. You can also rearrange columns and metadata fields to better suit your workflow.

With the new availability of OmniFocus 4 for Mac on TestFlight, testers can use a single login to test the app across all supported platforms. This marks the first of Omni’s Mac apps to use TestFlight, and the platform makes it extremely easy to download the beta software builds.

Omni says more than 7,000 people are already testing OmniFocus 4 for iPhone and iPad. Those folks don’t have to do anything extraordinary to begin testing the Mac app. All that’s required is to launch the TestFlight app on your Mac and sign in with the same Apple ID you’re using on iPhone and iPad.

If you haven’t already signed up to join the OmniFocus 4 TestFlight, registration is open until the company reaches 10,000 active testers.