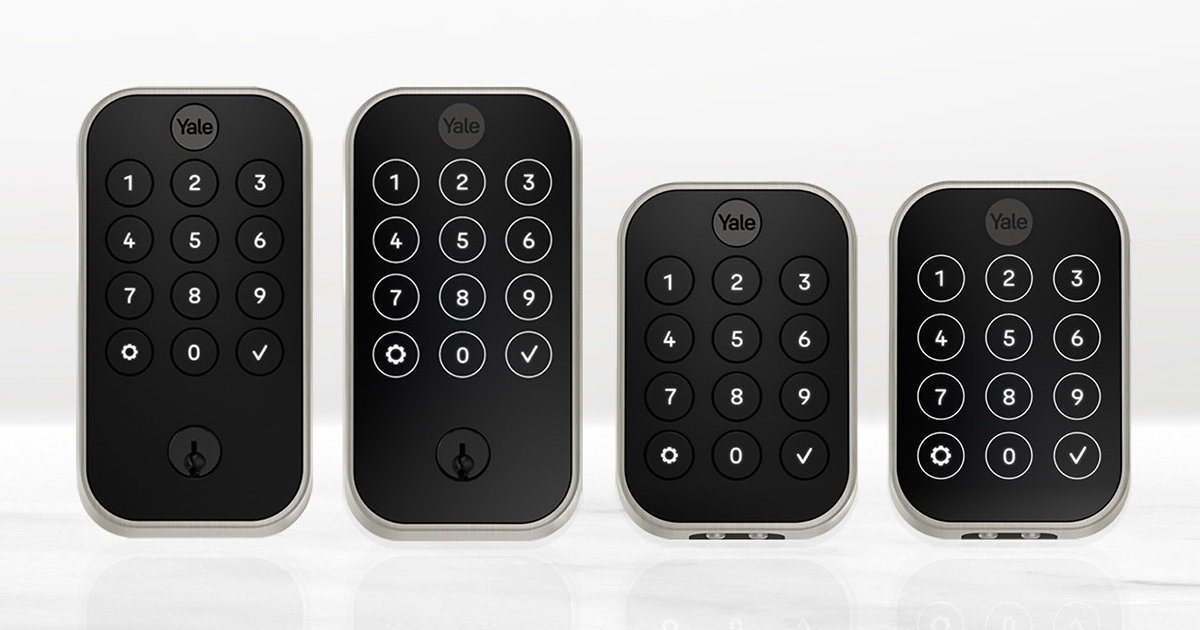 Smart home enthusiasts are anxiously awaiting the release of the Matter standard sometime during fall 2022. Yale, a long-time supplier of HomeKit-compatible smart locks, is ready for the release with a new line of Matter-compatible models. These will remain HomeKit-compatible, but also offer the mesh networking support key to improving your smart home setup.

The locks are updated versions of its existing Assure Lock product family. These smart locks offer a combination of ways to unlock your door, including your voice, iPhone, Apple Watch or keypad code. Two of the available models will also include a physical key slot, something absent on the other two variants.

Thanks to the new Matter support, these smart locks can talk to other Matter devices directly. This means if your home’s Wi-Fi coverage is weak near the door, which it often can be, that won’t affect the lock. The smart home accessory can just utilize the mesh network created by your other Matter devices to communicate.

In the Apple ecosystem, your Apple TV 4K and HomePod mini devices can all act as Thread border routers in a Matter configuration. This means Matter support is already baked into your HomeKit setup if you’re using one of these as a hub.

Yale has redesigned the Assure Lock 2 lineup to be more sleek, subtle and compact. All of the new models are up to 30% smaller than the previous generation. Even so, they perfectly fit and complement a standard door.

The locks are available with Bluetooth-only communication, or with the added benefit of Wi-Fi connectivity. Yale says its locks are firmware-upgradable, meaning customers can later upgrade their Bluetooth-only smart locks to include Wi-Fi for a nominal fee.

These smart locks range from $159.99 to $259.99 and are available in black suede, oil-rubbed bronze and satin nickel finishes.