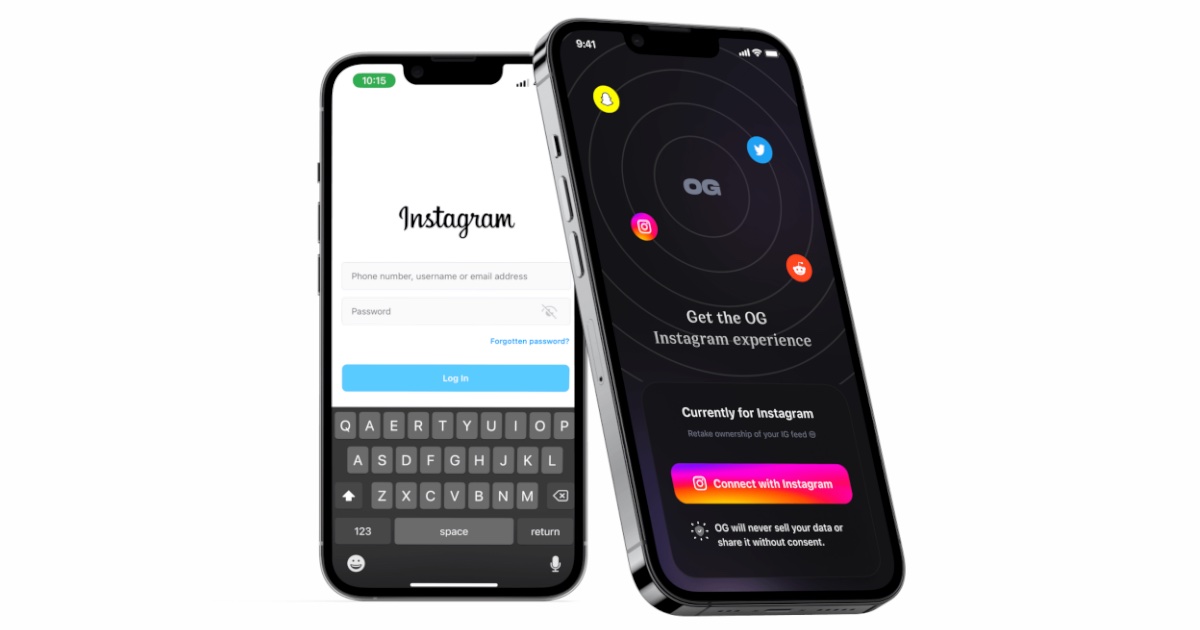 A new app, known as OG App, is aiming to be an alternative to Instagram. Recently, Instagram has received much criticism regarding the growing number of ads, suggested posts, Reels and other additional content finding its way into a user’s feed.

However, the new OG App is aiming to take Instagram back to its roots by giving users an ad-free experience that’s also free of the suggested clutter.

As observed by TechCrunch, the new OG App features Instagram’s official API to allow users to sign into their accounts and view posts from people they’re following. Users that first sign in will be able to see their Home feed on the main screen of the app.

Additionally, OG App also features “alternative feeds”, which is similar to Twitter Lists. Users are able to create customized feeds for different topics and groups of accounts. As an example, a user could set up an alternative feed that focuses on their favorite television series, and be able to add Instagram accounts that focus on that show.

Users that create alternative feeds are able to easily swipe between them in thanks to the feeds seeing inclusion on the bottom of the navigation bar.

Concerning the new OG App, the application is a vision from Ansh Nanda and Hardik Patil. The two developers stated that their goal with OG App is to create an Instagram experience that gives users more control over their feeds. In an interview with TechCrunch, the two explained that they believed Instagram has, “the most toxic relationship with its users”.

We saw our friends and family getting affected by social media, and even deleting apps because they didn’t have enough options to modify what they see. We wanted to put users, and not the advertisers first with this app.

Right now, one of the largest risks associated with the OG App is the fact that Instagram can begin cracking down on its API at anytime, thus rendering the app worthless. Within the interview for TechCrunch, Nanda and Patil state they have no current concerns over Instagram changing their API, stating that they would rather focus on developing a “solid product for the users”.

Concerning the future of the app, Nanda and Patil state that they have big plans. Currently, the two are working on new features, such as custom feeds with private accounts, sharing custom feeds with friends and offline downloading from stories. The app is also looking to include other social media outlets at a later time.

Users can download the OG App free from the App Store. Currently, the app supports signing in with Apple, then authenticating through your Instagram account. Though, right now, there is a hype around the launch that may prevent some users from signing in.

Whether you’re upset about Instagram’s new Reels feature, or the fact that their in-app browser continues to take your information, the OG App may be a nice alternative for those not yet looking to leave Instagram.

You can find the official OG App webpage here.

Are you looking forward to this Instagram alternative? Let us know in the comments.