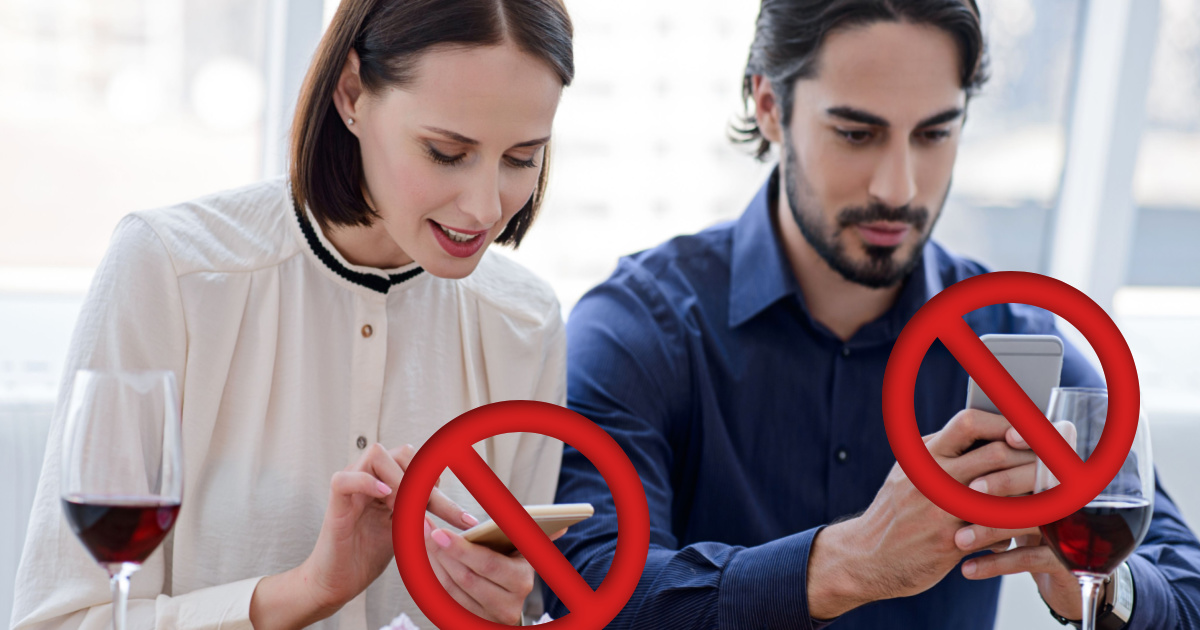 It’s not “deep in the heart of Texas,” but there’s a Fort Worth restaurant that will make you lock up your iPhone while you dine. The just-opened small Italian restaurant may be the only one of its kind in the country. It’s bringing back the old days when people would enjoy a dinner without electronic distractions.

It’s a scene that’s surely been replayed in dining rooms and restaurants around the world. Dinner is served, but the friends and family around the table aren’t talking to one another. They may not even notice when someone gets up from the table. Everyone’s engrossed with their iPhone or other smartphone.

That’s the sort of thing chef Tim Love wants to do away with, at least in his establishment. That would be Caterina’s, a cozy, 40-seat Italian restaurant in the historic Fort Worth Stockyards. Love’s eatery opened last week, and has already drawn lots of attention.

When diners come in, they’re required to lock their smartphones in a bag. That bag remains locked until the customer is ready to walk out the door. The idea behind making you lock up your iPhone in Caterina’s is simple. It’s to create a place for customers to actually enjoy their dinner and each other’s company, without constant distraction.

If Someone Must Reach You While You Eat, Fear Not

The staff stays on the lookout for customers who forget to lock up their devices. Love has already seen it happen a few times, and says his team is trained to be as gentle and kind about it as possible.

The owner goes on to explain he understands some people simply can’t bear to be separated from their phones. For those people, though, his message is clear: “This is not the place for you. I mean, people go to movies, they don’t get on their phone.”

Should a customer need to be reachable during their dinner, Caterina’s has a simple solution. They just need to give the restaurant’s phone number to the babysitter, for example. If a customer receives a call, restaurant staff will bring an old-fashioned landline to the table.